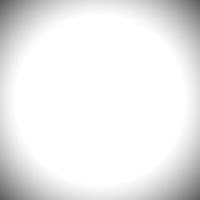 The word is a mouthful. If someone were to string those letters together in a game of Scrabble they'd have to win. Sounding the word out doesn't give you many clues as to its meaning. No recognizable prefixes, or suffixes that help you decipher the meaning. Those who took Latin or Greek might have the advantage.

Some of us will admit to being in the company of those who are shit-faced, if not ourselves who are shit-faced. Snow-blindness is a condition we've all probably suffered from a bit by having unshielded eyes exposed to the white glare of sunlight, usually in winter after coming in from staring at bright snow. But face blindness? What the hell.

The NYT reporter Sarah Lyall moonlights in a long form piece she has just completed for an online publication, 'Five Dials,' 43rd Edition. Never heard of /Five Dial?' Not alone.

Wikipedia tells us it apparently is a digital literary magazine published from London by Hamish Hamilton, an imprint of Penguin Books, edited by Craig Taylor. Since Ms. Lyall spent nearly two decades in London doing stories for the NYT, and whose husband is a literary editor in Great Britain, Robert McCrum, it should be no surprise that certainly Ms. Lyall has heard of 'Five Dials' and has a submission.

The condition of prosopagnosia is apparently a condition Ms. Lyall has. She has tremendous trouble remembering people's faces and their accompanying names. She doesn't mention it, but she'd make a lousy witness, if when asked on the stand by Perry Mason who she saw on the evening of October 23rd. She would no doubt fumble, stare ahead blankly, and tell everyone in open court that the defendant doesn't look at all familiar. Next witness, your honor.

Ms. Lyall describes in her essay what experiences she was having before she was diagnosed with prosopagnosia. Until the diagnosis, she just thought that perhaps she was a ditz when she would climb into a stranger's car in the parking lot, invite people she didn't know--but thought she knew--
to a book launching, walk past her house multiple times before realizing it, trying to open someone else's door with her key, even as they stared out the window at her, turning the wrong way when exiting the elevator at work, going to the wrong dinner party surrounded by people she didn't recognize. (Personally I think that's the best one, and potentially the most exciting.)

A 2010 story in 'The New Yorker' about the famous neurologist Oliver Sachs and his experiences with his own bouts of  prosopagnosia convinced Ms. Lyall she was not just Forgetful Jones. She had a condition that was known in the medical world.

Apparently testing by a research scientist at Dartmouth, Brad Duchine, a professor of psychological and brain sciences, officially confirmed Ms. Lyall's condition. Also in the essay is the encounter with the Governor of Colorado, John Hickenlooper, governor since 2011, who suffers from prosopagnosia. Not being able to recognize faces for a politician certainly presents some moments for him as well. Luckily, he's managed to keep people around who help him through his deficiency.

As I was reading Ms. Lyall piece I couldn't help thinking of the boxer Tony Ayala, a No. 1 middleweight contender in the 80s who led a checkered, eventful life that eventually resulted in his death at 52, from an overdose in May 2015.

Tony, in between fighting, was incarcerated several times for sexual assaults. He didn't function well outside the ring, and paid the price. "I was Mike Tyson before there was Mike Tyson," he declared in a 2010 TV interview

The first escapade of his came to light in 1982 when he was arrested for breaking into the home of someone who lived in his Houston neighborhood. Perhaps breaking in is not the right term, because as I remember the story he climbed through an open window and scared the crap out of the occupants. His defense was he had mistaken their house for his in that Houston subdivision when he was coming home very late one night, likely under the influence of something. Tony claimed he was new to the area, and all the homes looked alike. Especially at night. Did Tony really suffer from prosopagnosia?

As I was reading Ms. Lyall's accounts of her experience with the ailment I began to wonder, except that Tony's window entry was only a precursor to other unwanted entries he made later in life, resulting in some serious sexual assaults, one of which got him shot by one of the two women he was threatening. No, Tony was a bad guy. There was no prosopagnosia defense.

I was recently at a wedding where one of the guests who was due to sit at the table of the groom's parents was intercepted by the groom's mother as he was heading to Table 15 rather than Table 18.

Lucky for Tony the bride's family was not a family of wiseguys. Tony would have sat down, knew no one, and probably would have been greeted as warmly as someone who drifted out of the men's room at Rao's and plopped himself down at the wrong table. "Who you?" That would be where prosopagnosia might get you in trouble. Not healthy.

At my last job there was a young female programmer who apparently consistently thought I was someone else, my boss, a vice president who wasn't at our NYC location often. Now I was in meetings and gatherings with Amy often, but it seems she always thought I was Rob. There was a fair age difference (myself older) and no physical similarities. My claim of course was that I was better looking, but that's subjective.

Finally, one day Amy walked by my office, saw me in it, checked out my nameplate, and registered a solid look of confusion. I had to ask.

"You mean you've thought all this time I was Rob?'
"Yes."

Amy probably didn't have prosopagnosia. Or did she?

One of Ms. Lyall's colleagues at the NYT . Dan Barry, tweeted that after reading Sarah's piece he now understood why she never said hello to him, despite not sitting very far from each other. Sarah responded that she always knew who he was if was he was at his desk and she could see his nameplate.

On what I thought might be the odd chance that my daughter, a Speech Language Hearing Science professor at Hofstra University might have heard of face blindness, I stumbled with the pronunciation of prospopagnosia and asked her if she ever heard of it.

Dad, we were just discussing that in class last week. I've written about it. She shared her paper that included mention of it.

"It is a right hemisphere condition due to stimuli damage to the central nervous system--no peripheral damage to eyes or optic nerve.

"Prosopagnosia: deficit specific to ability to recognize faces--eyes are working but brain is having trouble because visual association cortex in occipital lobe is damaged for processing and interpreting visual information from eyes to face. Only faces; can recognize other objects. Can possibly recognize others by voice, smell, etc."

She even further told me that the Greek girl in her graduate class knew the Greek words that were behind the origin of prosopagnosia: Greek word for face, with word for non-knowledge. Simple, right?

My daughter Susan further explained that the study of the right hemisphere of the brain was not taken up in earnest until the midpoint of the 20th-century. She loves anything to do with the brain, and is currently coming down the stretch for her Ph.D. by studying clues for identifying early-stage Alzheimer's Disease, AD.

Her current study has included subjects of Medicare age (my wife and I included) who are not yet showing any signs of AD, and of course those who are. My wife and I and other subjects have been tested in her lab with an EEG hairnet while responding to visual cues from a computer and pressing Yes or No buttons.

My reward for being a medical subject was a $50 gift card to Home Depot. My most recent lumber purchases were thus finished by helping science.

Ms. Lyall doesn't seem in any imminent danger due to her facial recognition deficiency, and might even benefit from it. I have never met Ms. Lyall. But she probably doesn't know that.