All Is Not Lost

Casual attire is in. It has been that way for some time now. It's everywhere, and perhaps it's not where you want it to be, but it's made great inroads and has wide acceptance.

It wasn't all that long ago I remember reading a story about Al Hirschfeld, the famous illustrator who drew so many well-liked caricatures of theater people. Mr. Hirschfeld, by virtue of an extremely long and active-duty life, was able to compare many decades of theater life and the look of the people who attended the theater.

Sometime in the 1990s he commented on how it was not at all unusual to see people attend Broadway shows in shorts, collarless shirts, and other forms of dress-down that were in stark contrast to to the tuxedoed days of his earlier life. Which of course would have started sometime in the 1920s.

My friend's father, who had been a booking agent for Loew's Theaters, and later a producer for CBS television, would often attend opening nights on Broadway in the 1960s decked out in a tuxedo. And he wasn't the only one. Women of course wore gowns. It was always the Oscars.

Tuxedos gave way to at least suits, and always ties. And certainly nicely dressed women. This was the world I entered into. A few decades of sporadic theater attendance and my wife and I noticed what Mr. Hirschfeld was commenting on. And it wasn't only Broadway. In Toronto in the year 2000 I distinctly remember a male and female radio personality duo commenting on how they couldn't believe how people were dressing to go to the theater. Well, believe it, I muttered to myself.

So, it was with some happiness that I read that the erosion of dress wasn't completely down to underwear.

A return from a slightly upstate destination always leaves me with something to remember the place by. Usually this occurs from something I read in the local paper. Only this time, it wasn't obituary in source.

It seems a story was coming out of Fairhaven, Massachusetts about a "well-dressed thief" who knocked over a gas station, and was likely the same "remarkably well attired" gent who earlier in the week had done the same to a vitamin store. Apparently the guy stood out. He didn't blend into the crowd.

The polce sergeant said it was unusual for someone to wear his "Sunday best" when pulling these types of jobs.

I was not in Massachusetts at any point during my vacation.

http://onofframp.blogspot.com/
Posted by John D. at 6:44 PM No comments: 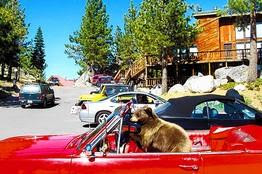 You betcha! And in several other places as well.

Civilization encroaching on the wilderness, and those in the wilderness needing alternatives when nature throws it a curve, all contribute to bears wandering into spots they’re not really welcome. Like homes. Like cars. Like lots of places. It seems this has become a particular problem in Nevada.

Since 2007 Bubba has apparently proved to be elusive, and perhaps bullet-proof. He has broken into homes, cars, and churches. He has consumed 20 jars of peanut butter (smooth, or chunky not divulged) from a Presbyterian church that was going to hand the jars out to the needy last Thanksgiving.

A homeowner claims to have plugged him between the eyes with a Magnum .44 (the most powerful handgun in the world) only to have the shots bounce off him. In this regard Bubba resembles Superman. No one has yet found the Kryptonite, either.

Bubba has his own Lt. Gerard, who has been trying to get Bubba, as he says,"to go out of the population." This is the college educated way of saying Bubba needs to be whacked.

So far it hasn't happened. Bubba apparently has his own M.O. and leaves basketball-size bonbons behind, no doubt caused by a penchant for donated peanut butter.

Which of course brings us to the Academy Awards show of years ago when Jack Palance on receiving an Oscar for the Best Supporting Actor for his role in the movie 'City Slickers,' told his co-star and show host, Billy Crystal, that he, Jack, ****s bigger than he is.

Jack is no longer with us. But Bubba is.

http://onofframp.blogspot.com/
Posted by John D. at 8:48 PM No comments:

Famous for a Reason 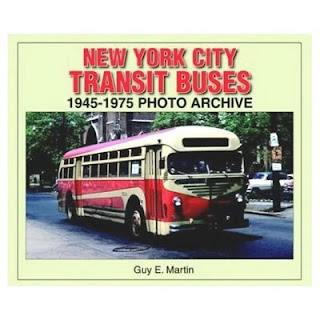 It is a testament to someone’s memory at the NYT when they can write a column dovetailing the events of the Jet Blue flight attendant who executed his own outplacement procedure with that of a bus driver, William Cimillo, who, in 1947, drove his Bronx bus to Florida’s Gulfstream Park racetrack and wasn’t heard from for four days, until he needed $50 wired to him.

The recent episode of the Jet Blue flight attendant who, fed up with passenger rudeness over barbell luggage clunking him on the coconut, berates the captive passengers on manners, and then grabs a few beers and activates the emergency slide and then runs away, is a startling echo of Bill and the bus. Both men were fed up with what they were putting up with from the public, and just plain bolted.

Dan Rather had his own moment of pique when he wasn’t at the anchor desk for several minutes when they were broadcasting live. He didn’t get fired, but eventually did himself in when he didn’t want to believe that something was a hoax.

Bill and the bus became such a story that news items appeared in the Times 11 times in a nearly a three week period. There was nearly a story every other day. The first story appeared in the papers on April 1st, generally known as April Fools' Day. But of course Mr. Cimillo hadn't been kidding. He really did take the bus, play the horses and later had to wire the boss for $50.

The story stayed in the papers until April 19, the day after he started back on the job. In between his surrender and return there had been an arrest, indictments, and the airing of a little dirty laundry when it is disclosed he had been arrested and fined twice for bookkmaking. This couldn't be missed, when one story's headline blared: "Errant Bus Driver Called a Bookie." The ignominy of it all.

The Jet Blue flight attendant, Steven Slater, has become a celebrity. Mr. Cimillo did as well, receiving a benefit dinner from his friends to help with the legal expenses. He was on shows. He went to California with his wife. Years later there was even a proposed movie with Elizabeth Taylor in the works, that for several reasons didn’t get past the planning stage. Mr. Cimillo eventually got his job back, and strayed no more.

There are several things to marvel at about the bus detour. The first is that a fully marked NYC bus can appear in Florida and not attract too much attention. Myself being a bit of a racetrack denizen clearly remembers the era when there were usually all kinds of commercial vehicles parked at Aqueduct by guys who were at the track hoping to hit the Daily Double, a linked bet on the first two races. In that era it was the only type of “exotic” wager there was. The parking lot would empty out a bit after the second race became official. UPS and other trucks were back on the road.

The other aspect is Mr. Cimillo must have been a pretty good horse player to hang out in Florida for several days before tapping out. People aren’t always given enough credit for what they accomplish.

And as much attention the bus caper got, when Mr. Cimillo passed away in 1975 there wasn’t any evidence that the Times noted it in a news item obituary. Times change. Today, that wouldn’t be the case.

Today’s obituaries are known to capture unusual highlights of people’s lives, no matter who they are. The highlight is the thing. This is easily noted by anyone who reads obituaries these days. Only a few weeks ago the Times did a news story obituary about the man who scored a 100 on a NYC Sanitation pre-employment physical test. The test was considered the Superman test, and Bill McCabe, in 1940 was the first and only person to score that high.

Mr. Slater from Jet Blue will forever be remembered by today’s tabloid headlines: 'Flying High'; 'Bag Nazi.' And his ultimate fate is still unraveling before our eyes. The umpire, James Joyce, who blew the call on what would have been a perfect game, will forever be enshrined in an obituary lede.

So, in a way, did Mr. Cimillo get cheated by not being remembered in 1975 for what he did in 1947? Hardly. Thanks to someone’s memory and database retrievals, Bill’s son, now 75, gets to read about Dad again, and know that others have read about him as well.

Forms of recognition can sometimes take a long time.

http://onofframp.blogspot.com/
Posted by John D. at 9:20 PM No comments:

It's actually a time warp setting, if you think about it. Mall. Steamer trunk. Like something on an aptitude test (for college, for instance) that would be an example of what doesn't "match." Definitely different eras.

Upon hearing this I thought that if that person took the wrong left at the water fountain they might reach the edge of the terrazzo floor and bump right into a Railway Express office. If this were to happen, they would have certainly entered the Twilight Zone.

Steamer trunks. Railway Express. Green trucks that came to the house to haul the clothes off to camp. Or college. Labels. Stiff card stock labels with brown reinforcements, attached with wire to front and side trunk handles that announced destination and origin.

Steamer trunks. What was upstairs in the attic that brought my parents' belongings from their first place together in Philadelphia to the house they bought in Flushing. Delivered by a Railway Express truck, not a stagecoach. Dusty, faded labels still attached.

Taxis in New York City had a sign on the meter that announced that trunks were 50 cents extra. Of course the sign used the cents symbol, and I can't find that using this application.

Cabs and trunks came together when people actually did get off, or head to, steamers (or later diesel ships), with trunks, and were headed somewhere away from the pier. Now they hit golf balls on the pier.

None of this would rate any effort to recount if it wasn't for today, on getting off the train and going through the Amtrak level of Penn Station, that there wasn't someone else rolling a steamer trunk through the place.

This fellow was definitely not a parent outfitting their child for college. They were themselves only somewhat past college age, long shoulder length hair, six foot three, wearing a long sleeve sweatshirt on what at 7:30 A.M. was already an 80 degree day. And there was an electric guitar slung over their shoulder, no case, and what looked like noise cancelling headphones somewhere under their hair.

They slid the steamer trunk toward the outside men's room wall and went in. I fully expected that if they lingered for whatever reason the next thing I was going to see was bomb sniffing dogs poking their noses at the unattended luggage. This didn't happen, because the fellow was young enough not to have a swollen prostate, and/or also didn't care about washing and drying his hands. He was out before the dogs got there, and rolled away.

I wonder if steamer trunks are somehow making a comeback.

http://www.onofframp.blogspot.com/
Posted by John D. at 8:14 PM No comments: