He Split the Arrow 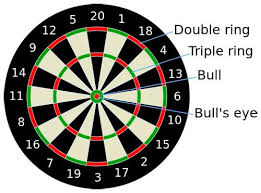 Mixed doubles. Of course there are mixed doubles in tennis; a male and female on each side. And I suspect it might even be true for ping-pong, perhaps badminton and beach volleyball. But curling? No, right? No, wrong!

I was slightly starved for some sports to watch on TV the other evening. Is there a hockey game on? This always means either a New York Ranger game, or one where Doc Emrick is doing the play-by-play. Other games need not apply.

Nada. But in searching the channels where I might find a game I'm willing to watch, I drifted over to NBCSN, where Doc could be announcing a game. Nope. But, there was another competition, on ice. Interested in curling?

If you've not been in a coma for the past two months or so, you must know by now that the Winter Olympics are coming in February 2018. And where are they coming from? Who the hell cares? But it is South Korea. That's wonderful. North Korea might interrupt the snow boarding competition with a missile. I'm not sure I would know who to thank.

Regardless, we also know that to field a national Olympic team you need Olympic trials. And that is what was on NBCSN the other night from Minnesota, mixed doubles in curling. I was spellbound with disbelief.

You mean, for whatever reason they've managed to proliferate curling even further by having a "mixed doubles competition?" Nulla misericordia.

From what I could see of who was in attendance in the crowd who might have somehow paid money to see this, or even wandered in to use the bathroom, there was no one in the stands. Well, nearly no one. A hospital elevator holds more people than I could see on the screen.

No matter, there they were. A guy and a female on each team trying to do something with those stones they aim down the ice alley at a figure of concentric circles with a bull's-eye that could only make be think of what my wife might have gotten at Target today.

So, there are mixed doubles, ergo, there must be same gender doubles. This is like swimming where they manage to have an event for each distance for four different strokes. Event inflation.

Even though our two girls were competitive swimmers through college, and then Jones beach life guards, watching swimming is numbingly dull, even if you have a rooting interest. After awhile, people moving through the water by moving their arms and kicking with their feet all looks the same, no matter how technical the strokes can be. And they can get disqualified for stroke and turn infractions.

Curling resembles shuffleboard on ice. Broadcasting curling uses on screen digital arrows or chalk marks to show us where the stone needs to be glided to in order to dislodge the competitor's stone and leave your stone in scoring position. I think there are even replays. Can't get a ticket to a marquee Winter Olympic event, like hockey? Head for the curling competition. They can't really charge you for sitting in on that, can they?

Need another sport to watch when the selection options get thin? Try darts. On BBC America I saw that they were promoting World Dart Championships on Saturday mornings. Years ago I had set up a dart board in the cellar of the house we had in Flushing. The games provided some friendly, competitive fun that went along with the beer and ale drinking. No cellar in the current house, therefore no dart board ever got set up.

The Brits take their dart games seriously, and believe it or not, the games make good broadcasting viewing. The competitors are generally middle-age guys with blue collar bodies, with some visible tattoos. Their shits are a cross between bowling and NASCAR logo-laden wear.

And if you think a dart board is too little to see from any vantage point other than the one the player has, large screen TVs bring you the action closeup. And there is action.

The games move swiftly, with each player starting with a score of 501 and then having to work their way down to zero, with the final scoring dart needing to land in a double zone. I don't think a game last even 5 minutes.

There are no replays, and annoying commentary from ESPN analysts as to where the pitcher has to place the cut fastball in order to fool the batter. The players work quickly and with incredible accuracy. If they need a double 8, to close out, they will likely score a double 8 and move on. The games are clustered in sets and legs.

The guys I watched on yesterday's telecast wee of course top notch players. They seldom missed the numbers they needed to work their way down from 501. They knew heir math.

How refreshing. No calculators needed at the register in order to make change. If 50 points were needed to close, these guys knew instinctively where to try and place their three darts so that they could close out with a double while working their way down to zero. They were human calculators.

In high school we had a mechanical drawing teacher who just before the bell had us go around the room and count upward by say eighths, requiring us to reduce the cumulative number into its simplest form...one eighth, one quarter, three-eights, one half, etc. If you stumbled, you got extra work to do.

Since you start with 501, the treble value 20 is aimed for at the outset. And if you place your three darts in that narrow zone you have automatically lowered your score by 180 points. Nice work if you can do it.

One guy put his three darts so close together in the treble 20 that I could only think of my favorite scene in the Errol Flynn movie 'Robin Hood,' where Sir Robin of Locksley, being unable to resist showing show off at archery, splits his opponent's arrow that has nestled nearly dead center in the bull's-eye, thus winning the contest.  "He split the arrow!" Robin of course is taken into custody, but we know that won't last.

Saturday's edition of the first round of the 2017 World Championship of Darts ended at noon. I don't think I was watching it live, but there a good deal more life there than at a curling competition.