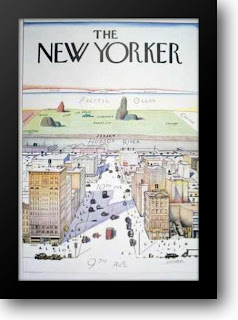 A reporter for the New York Times today made what to me is an absolute startling statement. They wrote, and I quote quite accurately, "she grew up not far from Manhattan, in Wantagh on Long Island."

Wow. Wantagh, nestled on the south shore of Nassau County, closer to the Suffolk County border than the Queens border, an unincorporated village, hamlet, that is called the 'Gateway to Jones Beach', because that would be the town beach if Robert Moses hadn't come along many years ago and turned it into a state park, is openly referred to as not being far from Manhattan, by a reporter who works for a paper that has consistently referred to the four boroughs other than Manhattan as the 'outer boroughs,' despite being connected by a slew of bridges and tunnels. I've always thought that Saul Steinberg's famous cover piece showing the Pacific Ocean to be what is just west of the Hudson River as a required wall decoration for anyone at the Times.

I sent my congratulations to Mr. Haberman this morning for breaking with the gang on the upper floors.

If you're not familiar with Mr. Haberman's bi-monthly piece, 'Breaking Bread,' today's edition is a dinner meeting with Ms. Amy Kule, the executive producer of the Macy's Thanksgiving Day Parade. Everyone knows about this parade. And nobody doesn't like Sara Lee.

Mr. Haberman describes a filling meal that included items I've never heard of, but ones he does seem to find on the menu of the places the interviewee chooses. Not familiar with 'kampachi tartare,' and although I'm quite familiar with chicken, I never heard of it under a brick. There was no mention of a wall caving in, so I have to assume it came that way from the kitchen, and was quite edible. The chicken, not likely the brick.

The amazing thing about these bi-monthly culinary reports with some movers and shakers is that there always seems to be a thread I can relate to. In this one, it is Wantagh, my home for the last 21 years, and a place I commuted from into nearby Manhattan for approximately 19 years. Connected by a train, the LIRR.

There's little spectacular about Wantagh, but now I know the person who puts that great parade together came from here.

We can also boast about having President Richard M. Nixon's dog, Checkers, buried in an animal cemetery here.

Mr. Haberman has already done an interview with someone connected to a cemetery so my guess is he might wait a year or so before getting to the person who runs the animal cemetery. But there is a local restaurant, near the train station, he might break bread at: Hemingway's. Try the sliced steak.

We are, after all, near Manhattan.

http://www.onofframp.blogspot.com
Posted by John D. at 2:28 PM No comments:

Christoph Schmidt, Germany's Vice-Chancellor of Telephone Security, is seen giving Germany's Chancellor Angela Merkel a phone book lisitng all the people who have listened in on her phone calls in the past year.

Chancellor Merkel was gratified to receive the volume, and was pleased it was alphabetized. She still denies speaking to the Chinese.

To a regular reader the ending of an obituary is, well, the end of the story. But to the professional obituarist, the ending is as crafted as icing on a cake. In 'The Dead Beat', the seminal reader's guide to obituaries, Marilyn Johnson doesn't give this section a distinct name like "the zinger," but does describe the quotes that are usually written as, "providing the splash of a living voice." Into this naming vacuum I'm going to call the section, "the last word anecdote quote." It can even come out as music, or certainly poetry.

Take the recent obituary for Chana Mlotek, 91, who devoted her life to being a scholar of Yiddish folk songs. She was the go-to person for authentication and history, filling her three room apartment with sheet music and correspondence related to her favorite subject. And, she apparently knew where everything was.

At the end of the obituary her son Zalmen is quoted as saying that recently he was in Japan and he encountered a French teacher who wanted to know the Yiddish words to a song that was being sung in French. He called his mother, and she immediately knew where to look for the music.

"In my old room, in a box, in a closet." A glimpse of a retentive life summed up in a few lyrical words.

A vastly expanded definition of obituaries might include certain songs that are written as tributes to someone. I have no definition of what to call these songs, but they should be recognizable. Take Amanda McBroom's elegy to her father, an actor who appeared in many Errol Flynn movies, receiving credit somewhat far down the list. Her song, 'Errol Flynn', starts as musical spoken words:

In a hall,
On a wall,
In a house
In Reseda,
There's a poster held by
Two nails and a pin...

Not an obituary, but we're certainly going to enjoy hearing about, "my daddy, the actor."

Then there are the lines we carry around ourselves. These seldom see the light of day, and just pop out of our own minds now and then, triggered by something that is sometimes itself hard to remember what resuscitated the memory.

Take the key I carry around with my other keys. It's a rather bulky, registered-type key that now will open nothing. I've been carrying it around now for over a decade.

This is a key
To a door
On a floor
In a building
That doesn't
Exist anymore.

It's always about the memories.

http://www.onofframp.blogspot.com
Posted by John D. at 6:55 PM No comments:

Until now, I've never given this any thought. But reading the last lines of Manfred Rommel's NYT obituary (the son of the famous German General, The Desert Fox), has made me wonder: if it is written in stone, and you run out of stone, do you use the other side?

Think 10 Commandments. Were they only on one side of the tablet, or were they on both sides? And are there only 10 because God only wanted one side used, or one tablet used, and didn't want anyone, notably Moses, to be lugging two or more pieces of stone around?

If the prevailing ancient publishing wisdom was to use only one side, and the text was going to spill over, was the stone stylus changed for another, smaller size? Did this produce messages written in stone that grew smaller as you got to the bottom of the stone? Somewhat like those pre-printed legal documents that require a magnifying glass as you reach the bottom of the pages.

The whole question is not as silly as you might think. There is going to be a need for a modern day answer to the question of how much gets written in stone on the gravestone for Mr. Rommel.

Mr. Rommel grew to be a respected, oftentime elected mayor of Stuttgart, and an international figure who received many, many honors of recognition for his outreach work.

It is this number of honors that caused Manfred Rommel to reflect at some point at how many might be inscribed on his tombstone. He knew there were so many that if they were all listed there would be a need at the bottom to alert the reader to, "Please turn over."

In a cemetery, on a gravestone, these instructions might easily confuse the living. Never mind the dead.


http:www.onofframp.blogspot.com
Posted by John D. at 12:35 PM No comments: 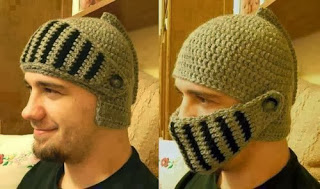 Anyone who has even been to Ireland, or knows anything about Ireland, knows that it can be dank and quite chilly during certain times of the year. They need to keep warm.

This was quite apparent when the Clancy Brothers popularized the Aran knit sweater that they wore in concerts, particularly in the 50s and 60s. These are thickly woven cable knit sweaters that come from the looms of the Aran islands, a drafty spot off the northern Irish mainland. You need to keep warm on the Aran islands.

The sweaters became so popular that you couldn't miss seeing them on the wannabe, and the Irish Americans along Queens Boulevard, and other New York City Irish enclaves.

Now we see the woven Roman gladiator look coming out of Ireland. I don't know who is trying to popularize it, but of course it harkens back to the time the lousy Romans roamed the green land.

The cap certainly looks functional, as well as fashionable. The drop-down mouth and nose guard looks great whether in the up or down position. The ears are well protected. The helmet arch is a great touch. Not sure of the color availability.

I once read that in all of Ireland not that long ago there were only 11 homicides. So, if that still prevails, death through deadly force is not rampant. The rate of holdups is not known, but law enforcement is keeping  their eye out the cap to see if it figures in any increase in this category of crime.

The headwear is quite distinctive, so it might not be the ski mask of choice for felons. Also, if bought with a credit card, they might know who you are.

The waters are untested, but law enforcement people are watching this trend.

http://www.onofframop.blogspot.com
Posted by John D. at 12:07 PM No comments:

All Angela, All the Time 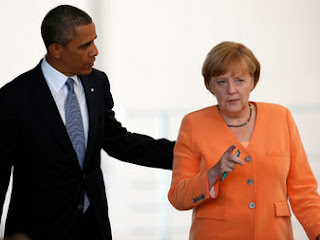 Germany's Chancellor Angela Merkel is still annoyed about the possibility of her phone being tapped by the U.S. Here, the world's most-photographed-woman-with-clothes-on is shown being gently led by president Obama to a White House pay phone. 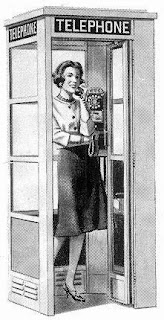 She's not happy about that either, since the pay phone is on the White House grounds. But what can you do? There are so few pay phones these days. Her top concern has been about her dealings with the Chinese, always a tricky topic with Americans.

She doesn't want it to be more widely known that she favors Chinese dumplings over German dumplings. And that she and Poland are having a falling out over Poland's wide use of coal in its pizza ovens. Pizza, apparently, is threatening the ozone layer. And that doesn't count what Italy is up to.

http://www.onofframp.blogspot.com
Posted by John D. at 12:43 PM No comments: