The Words are Much Alike 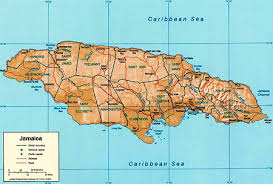 Young Frederick in Gilbert & Sullivan's 'Pirates of Penzance' becomes apprenticed to the Pirate King because his family mistook the word pilot, for pirate. They thought they were getting young Frederick in with being a mariner pilot.

Frederick becomes resigned to the indenture service he must serve to such a motley crew, all because the works pilot and pirate sound "much alike." True.

Those words sound alike, but are spelled differently. Take the place name Jamaica. You wouldn't think a word like that could create consequences, but it has.

I almost didn't read the obituary for Monsignor Richard Albert, 69, who cared for the poor in Jamaica for decades. Monsignor was born in the Bronx, the northernmost of New York City's boroughs, or counties.  Apparently was was living in Brooklyn at a rectory, about to be ordained in 1976, when he applied for an assignment in Jamaica, thinking it was Jamaica, Queens, which pretty much borders Brooklyn. You can get there by subway.

Perhaps young Albert thought the assignment had something to do with St. John's University, a Jesuit run college, which is in Jamaica, Queens. 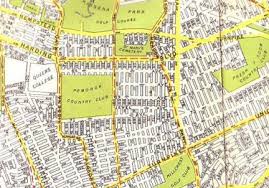 Whatever he thought is not what it was, because the assignment was for the island of Jamaica, in the West Indies in the Caribbean. Not discouraged by his mistake, Father Albert went to the island of Jamaica and did good things for over 40 years. He just couldn't get there by subway.

Father Albert was not the first one to misunderstand what the name Jamaica might entail. There is a show business story about Judy Garland and her husband Sid Luft staying at a hotel in Manhattan and Sid telling Judy, probably over the morning room service toast, that they're going to Jamaica in the afternoon.

Wide-eyed Judy realizes she doesn't have a suitable island wardrobe. So, she does what likely comes naturally: she goes shopping for Caribbean-themed clothing in Manhattan. And since you can find anything in Manhattan, by the time Sid gets back to the room, she's outfitted, for what becomes Sid's afternoon plans: a fast trip out to Jamaica racetrack, in Jamaica, Queens, hoping to make the Daily Double. Judy is perhaps a bit oddly, and over dressed for the occasion, but I'm sure she looked absolutely smashing.

Yes, Virginia, there once was a Jamaica racetrack in Jamaica, Queens. I was too young to have ever gone there. It disappeared in the late 50s, making way for a housing project, Rochdale Village. The turf writer Teresa Genaro has written a bit of history about the place.

My only connection to the place was the stories I heard the older horse players tell of the place. Apparently, you could go up on the grandstand roof and watch the races as if you were an eagle. Whether you were really allowed to do this was never clear, but there were always guys who told of watching the races from the roof.

There was also the urban legend story of the guy on the roof who watched a prohibitive favorite who he backed with a massive show bet, hoping to make at least 5 cent to the dollar, run out of the money, turning his bet into a losing bet for a great deal of money.

There are still people who back massively short prices in the show pool for what is thought to be a "guarantee" of at least a 5 cent per dollar return (mandated minimum return). Such people are called "bridge jumpers," because if their bet fails, they are ready, to commit suicide, and may actually do just that.

Thus, there was always the story of the guy on the roof with an unobstructed view of his "guarantee" running out-of-money who pulled out a pistol and shot himself in the head, toppling off the roof. Not a bridge, but just as dead.

Jamaica and Jamaica. The words are alike. But only in spelling.