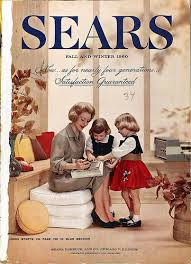 Once again, someone who is 100 or more has passed away, and Mr. Robert D. McFadden has the obituary byline for 'Chuck Williams, Entrepreneur Who Made Kitchenware Stylish, Dies at 100.'

I don't know if this one came up from the pre-written crypt, or was written on deadline. Ms. Margalit Fox fairly recently wrote to tell me Mr. Fadden was occupying the desk right next to her. So, I guess old reporters do not die themselves, and they don't seem to go away either. And we're lucky for that.

If one did float up to the surface after the news of Chuck Williams's death was confirmed, it would be coming up from a non-renewable resource of pre-written obits that will only surface as the subjects themselves pass on. And as the years go by while they're still breathing and they age further, the number that will appear as part of their story will naturally get higher. As pointed out before, the older in age of the decreased subject, the more likely we will treated to a Mr. McFadden obit.

And what a nice water flowing over the rocks obit it is. If you are a cook of some expertise, the obituary will either make you hungry, or make you want to order something from one of the Williams-Sonoma catalogs. Sonoma crawled into the name not because of someone named Sonoma, but because Mr. Williams first store was in Sonoma, California.

Despite the fact that there are now 600 stores, it is the catalogs that get my attention. No one in my family has ever ordered anything from Willlams-Sonoma. All the items in the catalog look absolutely easy to resist, and look overpriced. But success doesn't depend on my family's taste. A net revenue of $4.7 billion gets you acknowledged in business magazines.

At this time of year that means the mail we get will be 92% glossy catalogs, and a few envelopes asking for payments for key utilities and insurance. We get a lot of mail. We get Williams-Sonoma, we get Duluth, L.L. Bean, Orvis, Brooks Brothers, Pottery Barn, West Elm  we get...you get the idea. We get so many catalogs that I have literally seen the mail truck backed into our driveway so the letter carrier doesn't have to handle our haul throughout the neighborhood.

Did you ever look through these catalogs? They're the same catalog, with a different cover. You're lead to think there's something different inside, but there isn't. When the oldest daughter was still here and her mail showed up as well, a doorstopper edition of Vogue magazine crashed landed in the mail box like a meteor, making mail box repairs necessary.

As a kid I remember the only catalog we ever saw was the one from Sears, Roebuck. This one was an anvil in weight and was proportioned like an unabridged dictionary. The letter carriers used a golf cart in those days to wheel the mail through the neighborhood. Cliff, the mailman character in the show 'Cheers' would complain about "Sears, Roebuck day."

I know the passing of Mr. Williams will not mean the end of the delivery of a Williams-Sonoma catalog. It has long since gone out of his hands. The obituary points out that in 1983, when the company took on Pottery Bar and other purveyors of mostly silly stuff, there were seven mail-order catalogs, and six websites.

I still doubt we're ever going to order anything.