The Last Flowers in the Garden 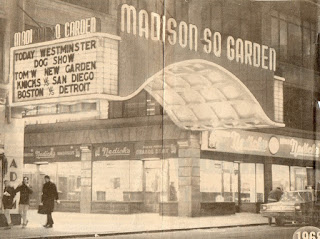 Roger Angell is still with us at 95. Ninety-five makes Mr. Angell a nonagenarian. A strange word, with Latin roots that means you're in your 90s.

He was born in 1920, and while he wouldn't have possessed first hand knowledge of the event at the time, that's the year that Franklin Delano Roosevelt was on the James Cox presidential ticket as his running mate against Warren Harding and Calvin Coolidge. That is a ton of time ago.

1920 is also 5 years after my father was born, but he passed away in 1987. So, to be 95 and still roaming the earth and turning out a book has to be looked upon as a noteworthy event. The book is actually a second memoir of sorts. So many years were spent breathing after the first memoir, Let Me Finish was produced in 2006, that a second one came due, This Old Man, All in Pieces.

The NYT review by Michiko Kakutani is itself a pleasant read. It puts you in the mood to want to re-read Roger Angell. Virtually no fault is found with the current collection of letters, profiles essays and poems from his days at the New Yorker. Ms. Kakutani reminds us what 99.9% of us remember about Mr. Angell: he wrote about baseball.

Yeah, but did you know the Kingston Trio recorded 'It Was a Very Good' year before Frank Sinatra? And did you know Mr. Angell wrote what to me is such a memorable piece about the Old Garden and New York Ranger hockey, that when I re-read it today at the New York Public Library on microfilm, my watch stopped? Literally. Time stood still, and I was transported back to the "dog pack" in the $1.50 seats of the side balcony, straining to see what the sight lines would not allow you to see all of unobstructed: a New York Ranger game.

You have to be a full generation, or less, behind Mr. Angell to remember Ranger games at the Old Garden. It's worth noting that Mr. Angell's New Yorker piece' was in the March 25, 1967 edition under 'The Sporting Scene' title and 'The Last Flowers in the Garden.' sub-heading.

It is this pile and what was going on inside with the New York Rangers 1967 that Mr. Angell directs his attention. And he does it well.

It is funny to read the start of his piece make reference to the fact that the Landmarks Preservation Committee hasn't yet said a word about trying to save the Old Garden. Of course, you have to understand the context of the era. Penn Station has been demolished in 1964 and suddenly there are those in New York who think perhaps the city should try and hold onto some classically designed buildings.

But the Old Garden was hardly a classically designed building. If you didn't see the marquee and only viewed the place from the 49th Street or 50th Street sides you would never suspect what it held inside. There were stores and windows along the 8th Avenue side. It could never pass for a building you'd want to save. Memories, yes. 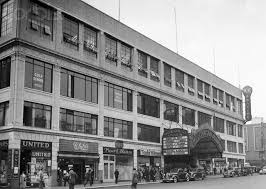 The Landmarks Committee is formed in the wake of Penn Station being hit by the wrecking ball. The Commission of course is still in existence, but too late for Penn Station, a subtraction from the city that is still not gotten over by those that remember the place, despite its griminess at the time. Modern Original Sin started with the two-year demolition of Penn Station.

There are two things going on here in 1967. Penn Station has been cleared for an office building, and a new Garden to go over the railroad tracks. Grand design.

1967 is also the last year the National Hockey League will be only 6 teams: New York, Boston, Chicago, Montreal, Toronto and Detroit. An expansion of 6 more teams is planned for the next season, This is going to put teams in 6 American cities, two on the West Coast: Oakland Seals, and Los Angeles Kings, with the St Louis Blues, Philadelphia Flyers, Pittsburgh Penguins, and Minnesota North Stars. The 6 teams will be in their own division, and the scheduling will favor intra-division games in the season, with some inter-divisional play. The movie was 'The Magnificent Seven. The league was The Original Six. The Brave New World has begun.

This juncture of time has got Mr. Angell on a mission to write about the New York Rangers and their home.

Anyone who knows anything about The Old Garden knows it was built with boxing in mind. If you stick a ring inside the center ice circle, everyone in the arena can see the action, with no obstructions, save for some seats behind steel columns in the lower sections.

Expand the arena to accommodate hockey and you can only see the complete ice from the first row in the side balconies. Sit in the second row or up, and you get increasing angles of not being able to see the whole paying surface. Go all the way to the top, you're at the game, but pretty much cut off from half the action.

I had a friend in high school who was a celebrity to me. He had season seats in the first row of the side balcony. At $1.50 a seat, for half of a 70 game season I think, he got a season's worth of action for $52.50. I often bought a side balcony ticket and just moved myself to sit behind him. It was amazing what he could see and I couldn't. But, we were at the game.

The 70 game season with only 5 opponents to schedule games against meant teams faced each other 14 times during the season, often with back-to-back home and away games. This close-knit renewal of seeing your gap-toothed, scowling opponent so frequently often meant players were tired of seeing each other. Thus, they fought more often.

I remember you could always count on a game where the Rangers' Vic Hadfield was going to haul off at a faceoff circle as soon as the puck was dropped and start start pounding the head of the Canadiens' Henri Richard (the Pocket Rocket, Maurice's younger brother).

No helmets were worn in those days, so aiming for the head with your fist was a desirable way to get to your opponents jersey so you could pull the wool over their eyes. Hockey fights usually exposed the suspenders that held up their padded pants. A successful fighter often skated away to the fans' applause with no jersey on, looking somewhat like a male stripper whose act was interrupted, while his opponent was on the ice in a tangle of clothing, being held at bay by the linesmen. It was always great fun to watch. It still is.

In fact, for high school students, you could get the $1.50 ticket for fifty cents by showing your GO, General Organization card to the 49th Street box office. I always got a kick out of Sheldon Silver, the now convicted former New York State Assembly Speaker, who at the City Hall celebration for the 1994 Cup winning Rangers, told the crowd that it was wonderful to get in for fifty cents. My thoughts were even then, that Mr. Silver was always trying to get in for fifty cents. Or less.

The balcony was reached by the 49th Street entrance, which was just a series of doors that lead past a two window box office to an escalator. Thus, if your were a balcony person, you didn't even go through the front, as pictured above. That was for the swells. The 'service entrance' was on 49th Street.

Mr. Angell acknowledges the upstairs 'dog pack' quite well. He mentions the debris that would come down on the ice when when a bad call went against the Rangers. Rolls and rolls of toilet paper would come steaming down from the balcony. It could look like a ticker tape parade sometimes. The crew that cleaned the ice had to skate around and pick up wads of paper and anything else that came flying down. It was a circus.

There was no Zamboni at the Old Garden. There was a crew of men you walked on the ice with shovels between periods, scraping the ice, followed by two teams of two guys each pushing water barrels, depositing water to freeze and create a smoother surface. It looked like a WW I  cannon crew pushing caissons.

I do remember there was always someone at the top of the balcony with a bugle or a trumpet that would blare out 'Charge' to get things going. There was no rock music pounding out from a state-of-the-art sound system. There was some kid in a leather jacket with more zippers than he needed, with greasy hair who could at least play one thing on the trumpet.

I wasn't there for Harry Howell night. Harry was a great veteran Ranger defense man who at times seemed to be the only guy who was trying to prevent goals. He was honored that night for his 1000th Ranger game,

Mr. Angell recounts the tale of the final gift being rolled out onto the ice, a car, a Cougar, when some leather-lung from the upstair reaches informs Harry that Mayor Lindsay was just going to tow it away. Mayor Lindsay was not a popular mayor for many reasons, one of them being his towing program in an effort to raise city revenue. It still goes on. Thank you, Mr. Mayor.

I had forgotten about the batting of balloons by the balcony assembly. Between periods, someone would blow up balloons and start batting them through the crowd. It was the Wave before the Wave. The goal was to keep the balloons going through the crowd and not let them go over the front rail and down to the lower sections. Occasionally, some meanie popped a balloon. He was booed. The tradition was revived for a time with a beach ball at the New Garden, but eventually the ball batting faded into history.

In large part, Mr Angell's piece has always remained with me due to a single word, a word he uses to describe a sound he uses in his close. I knew my memory of the word as "plink" was wrong, but until yesterday, I wasn't once again hit by lightning.

"...and the sudden cry of 'Ooo!' as the puck flies past the home goal and strikes--ponk!--against the glass and bounds away, and the Rangers, fortunately, gather it in and fly up the ice."

When you're struck by lightning, your watch stops.