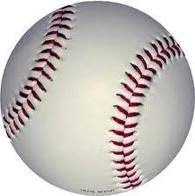 Friday's obituaries told us Ryne Duren, the late 1950s, early 1960s reliever for the Yankees, with a 100 mph fastball and purposeful bad location that intimidated batters into believing he couldn't even hit the barn, passed away at 81 in Lake Wales, Florida.

In the late 1950s I was still collecting baseball cards, and I had several Ryne Durens. Not that he commanded any great trade value, but any Yankee baseball card was a welcome one to my collection. A collection that of course found its way to landfill and the future site of multi-dwelling homes on Staten Island when Mom cleaned the room and I wasn't looking.

Even though I lived in a NYC borough, getting a Yankee baseball card was somewhat rare. I'm sure I bought way more wads of pink silly putty bubble gum that I didn't want just to try and get a Yankee card. Looking back at that now, I firmly believe the forces at work were just getting the population ready for state sponsored lottery tickets.

The Daily News obituary works in a great quote from Casey Stengel about Ryan's intimidation techniques and how it struck the most fear in batters who were family men.

One story I remember reading about Duren was as much about him as it was Luis Arroyo, another reliever for the Yankees at the time. Arroyo was the first Puerto Rican to play for the Yankees. Apparently, when he took a pre-game nap in the locker room he snored. Enough that the playful Ryne teased Arroyo about snoring. Arroyo denied he snored, so Duren took to creating a tape recoding of Arroyo snoring.

Arroyo listened to the tape and denied it was him. After all, he explained, if he snored it would be with a Spanish accent.

Which of course means you can throw 100 mph fastballs at people, but convincing someone they snore is nearly impossible.