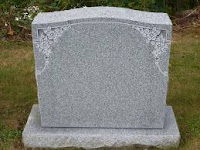 Bruce Weber is retiring. Not the photographer Bruce Weber, the Bruce Weber who is an obituary writer for the NYT.

Bruce has been at it a long time, and in a piece that appears in today's paper, be eloquently writes about what has been his craft for nearly a decade or so now, and why he feels it is time to move on to other assignments.

His essay reminds me of Russell Baker's self-penned sendoff to his work when he retired from the NYT in 1998. Mr. Baker wrote a thrice weekly Op-Ed column called 'The Observer.' Mr. Baker said he had spent many years creating a "ballet in a phone booth," his description of his work product, 750 words or so that fit into a designated space. And his column was a ballet.

Mr. Weber's prose compares. The subjects are the deceased, but when you analyze what's in an edition of the NYT over say a week, you realize that obituary writer's write a lot. Sometimes their byline will appear twice on the same day on the same page. And then will appear again a few days later. A beat reporter never gets that much exposure. The obit writers at the Times are basically an elite squad of writers,

Mr. Weber alludes to this in his piece when he acknowledges they are generally the oldest reporters on the staff. They've generally seen more of life because they've lived more of it in measured years, and therefore seem to be able to add the right perspective, and respect to the departed. Even if the deceased were a scoundrel, we at least get a notification that they own't be doing it anymore.

Mr. Weber notes that "journalism isn't supposed to be a personal service, but obituary writing, without compromising any professional integrity, can be."

And Bruce did a good job of it with his own style of carefully measured words that weren't flashy, but together gave us a full measure of the subject.

I've been a longtime reader of NYT obituaries and when Mr. Weber's byline first hit the pages I marveled (and still do) at he construction of the sendoff. The sentences could be long, and if diagrammed, would be a sturdy cantilevered construction of phrases and clauses that resembled the skeletal outline of the Tappan Zee bridge. The old one.

Perhaps ever since Marilyn Johnson's book about obituary writing, 'The Dead Beat' published in 2006, obituary writing has risen a bit in stature and come to be exposed to more people. More notable obituaries appear on the front page of the NYT now than ever before. A documentary film has been made 'Obit' about how the NYT writers go about putting the pieces together of what now will be the story of a departed life, As Mr. Weber comments, "an obituary is not about a death, but a life"

Although not mentioned in Mr. Weber's self-penned sendoff, he did play a corpse in a 2011 theater production of 'Play Dead' at the Players Theater. The pun-filled headline proclaimed that an obituary writer gets to think inside the box.

Mr. Weber reminds us that just because as of Friday he's an ex-obituary writer, that doesn't mean he's gone. He's already written two books, and is likely to write more. His health is not ailing, and his byline will appear on perhaps 40-50 obituaries of people he's already filed an advance obit for. The names of these people are not public knowledge, but I've been wondering who gets Doris Day?

I'm going to borrow shamelessly from Mr. Baker's own sendoff to say that Mr. Weber created a ballet of 750-800 words, or sometimes more, that didn't fit in a phone booth (what's that, anyway?) but did fit in a grave.