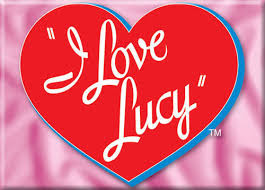 I was a little delayed getting to watch the first episode of the new and last season of 'Downton Abbey.' This wasn't caused by any pressing events in my life, but rather due to the first episode being recorded by the DVR with the DVS option on. What, you don't know about DVS? You will now.

Just when you might have thought that no more initials could crawl into your life, out comes DVR--Digital Visual Service. It is an option, when turned on, that gives the viewer a voice-over narrative of the action on the screen. "The hunt begins." "Lady Mary falls off her horse into a large puddle." It is annoying as hell to the fully-sighted, but is intended as an aid to those who might be visually impaired, even blind, so that they call hear the words of the actors, as well as hear a storybook-like narration of the events unfolding on the screen.

I first became aware of this annoying voice-over when I played back my DVR recording of the new Sherlock, the one where the contemporary Sherlock and Watson go back in time to solve a mystery from the 1890s. That show has gotten so filled with gimmicks that I just assumed this voice-over was just another feature the producers and writers inserted to annoy me. And likely others. I watched (and listened) the whole episode with this voice-over describing nearly every action I was seeing. Ugh!

So, when it rolled around to watch the first episode of 'Downton' that had been recorded I once again got the voice-over. Now, I was hopping. This can't be right. Closed caption on; close captioned off. Only unconsciousness could make the voice-over go away.

I checked the Internet, the de facto central nervous system of the universe. Something was going on with Comcast. They were broadcasting PBS with this DVS option turned on. There were some incredible kluge solutions offered, that stopped short of suggesting putting a chicken in a bag and shaking it over my head.

But I have Verizon as my cable carrier. So, call Verizon stupid.

The wait wasn't long, and I was connected to someone who asked if a real-time viewing of PBS carried the same problem. Yes, to my surprise, it did. Someone else soon got on who lead me through Settings and all its options. And there, perhaps in the third layer of options was a DVS ballot: Yes, or No?

Problem solved. The DVR was now set to re-record the first episode in a few day's time. The second episode would naturally follow. And happy to report, last night's first episode DVR viewing did not have the nagging voice-over feature. I was home free.

Overall, the first episode was a hoot. Or, as much of a hoot as you can get watching and listening to stiff Englishmen get through the day.

I became aware that the hair on the women seemed a shade lighter, something women do these days as they get older. Anna's hair for sure, and even Mrs. Hughes's. Just a bit.

Sex and money. The topics that run the world were nicely threaded through the first episode. Lady Mary is being blackmailed by a chambermaid scamp who is going to inform tabloid parties that she and Tony Gillingham spent a week together in adjoining rooms in a Liverpool hotel having out-of-wedlock sex. A social no-no for the times.

Money enters when her father, His Lordship, confronted by the guttersnipe, cleverly buys her off with an offer of 50 pounds as opposed to the 1,000 she is asking for, with a signed statement that she is blackmailing, but a promise by his His Lordship that he won't use it to go to the police if she'll just go away into the night with the 50 pounds. It works.

It's an episode filled with good news. Daisy doesn't get fired after her outburst at the new owners of the estate who are throwing her father-in-law out by not renewing his lease. Anna and her husband John get the good news that the suspicion the police had that they had something to do with Mr. Green's death in Piccadilly has been laid to rest with the statement of a witness who can put the real perpetrator at the scene.

No one gets laid off at the households, although Dame Violet does engage in a bit of Mafioso fear to insure loyalty. Like Sonny in 'A Bronx Tale' she wants the subordinates to fear her a little bit, rather than just like her. It works.

But the real elephant in the room is the upcoming nuptials between Mr. Carson and Mrs. Hughes, Elsie. Mrs. Hughes is getting somewhat worried about her appearance naked, or near naked, in front of Mr. Carson. Or, let's just call him Charlie. Will going all the way with Charlie be required, and if so, will he be disappointed, despite his own less-than-George-Clooney body?

The cook, Mrs. Patmore is enlisted by Mrs. Hughes to feel old Charlie out on this matter. What does he expect? Mrs. Hughes is aware of her age, and her looks, as well of his age and his looks, Will Mrs. Hughes have to hit the gym in order to tighten up some sag? It is definitely too late for a complete makeover.

Not to worry. Charlie loves her as she is, and comes as close as an English butler of that era can come to saying so. In a lovely closing scene that should really have an 'I Love Lucy' heart framing the happy till-death-do-us-part couple, the first episode draws to a close, having really dispensed good cheer all around the grounds.

There is of course the hanging thread that will spill over to Episode Two--the feud between Dame Violet and Isobel Crawley regarding the possible merger of the village hospital with a larger one in York. Managed Care might be coming to Downton. Listen for Dr. Clarkson to utter the word "damn." Also, watch for a political statement to come through here. Whatever it turns out to be, it will be subtle. The English way.