The Triple Has Been Hit! 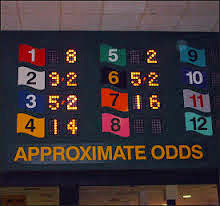 Well, not the triple I was once hoping for--three over 90 obituaries bylined by Robert McFadden, of subjects who were all convicted of felonies--but rather three in a row of subjects over 90; two in the entertainment business, one in medicine. But, a triple is a triple, and you'd still cash the ticket, no matter what it pays.

In fact, I didn't even realize the triple had been hit until I looked back at my tickets. You might remember the blog entry of  December 7, 2014. It was revealed there that we had just missed the felony trifecta for 90+ passed away notables. The triple we just hit is a little less restrictive, but no less worth noting.

This is probably a trend we can count on continuing. Since Mr. McFadden must have written a good number of "morgue" or pre-written obits of notables, we are now seeing the vault empty out as the subjects enter the afterlife after 90 years of age.

I'll work backwards, in the order of discovery. Since I seldom read the papers in chronological order I first became aware of a 90+ obit of Mr. McFadden's when he wrote about Lizabeth Scott, an actress who passed away at 92.

Ms. Scott is written about so effusively and with such passionate descriptions that I wondered if she was a favorite of Mr. Fadden's. No matter. She somewhat disappeared from making movies for some murky reasons, but continued on a bit with voice-overs, game show appearances and social activities. Mr.Mcfadden created such an interest in her on my part that I checked my film noir DVDs and found she's in 'The Racket,' so far unwatched, but not for long.

She also did some singing, and bless iTunes, for there she was with a 1940s suggestive ditty, "A Deep Dark Secret" lifted from an album "Female Voices of the Silver Screen." So, in keeping with my policy of loading my iPod with purchased CDs and downloads from the departed, I added another one from a source I wouldn't have anticipated.

The second obit read, but written two days before Ms. Scott's was on Mary Healy, also an actress and singer, at 96. So, a restrictive triple was in play, but wasn't hit. At least not yet. Going forward, we still might have a 90+ McFadden entertainment triple. We're "live" as they say at the track.

Mary Healy was part of a husband and wife banter team that was Mary Healy and her husband Peter Lind Hayes. I remember those two on television. Mr. Hayes has one of those names that needed three names to complete the id card. Sort of like William Henry Harrison. He lived much longer than the 9th president, having passed away in 1998. Ms Healy is wanely represented on iTunes warbling "Star Dust." I passed.

The third obit, which was really the start of the triple ticket, goes to Carl Djerassi, 91, a creator of the birth control pill, whose McFadden obituary appeared on January 31, 2015.

Dr. Djerassi was a chemist, who along with others, developed what became oral contraceptives. He  also took on many other vastly unrelated endeavors, but Mr. McFadden avoided calling him a polymath. A read of the obituary reveals that he was way more than that.

It isn't in the obituary, and maybe because he wasn't the one who said it, but I wonder if Dr. Djerassi was the one who admitted in an interview that the only reason "the pill" was developed to work on women was because men were the ones doing the developing. A woman would have worked at he problem from the other side of the gender coin.

It is certainly possible, but like many discoveries, it turns out the "the pill" was first developed to aid fertility. Its ultimate widespread use came later. Just like Viagra was first developed to treat angina, and came to sponsor the Evening News on all the networks for a wholly different set of symptoms.