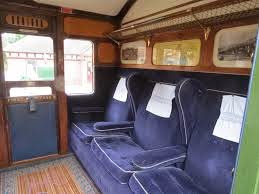 This is the 'Downton Abbey' episode that aired in the States on February 15. I'm catching up, because the next one to watch is the penultimate episode, followed by the season finale. Or, at least what is being referred to as the 'season finale.' You get the distinct feeling that the story lines are going in the direction of what everyone is going to do very soon, and it won't have anything to do with 'Downton.' Is there another season in the works?

Bates and Anna are discussing property swaps and running an inn. Daisy is pursuing an education that's going to get her out of the kitchen. Tom Branson is considering going to Boston: A-Mer-I-Kay.

Carson and Mrs. Hughes are considering joint property ownership, and maybe courtship, then marriage? Mary's thinning the forest like a wild lumberjack. Isobel announces marriage to Lord Merton, but what about that elitist, sniveling snot of a son Larry? There's trouble there. It's beginning to look like the final episode of M*A*S*H: everyone is getting ready to say goodbye to everyone.

Isis is dying. The dog, not the radicals. One only hopes that the producers and writers didn't cave to some politically correct agenda to strike any references to Isis by having the dog get terminally ill. We've already mentioned it's not he dog's fault that a mythology daughter called Isis shares the Western world's spelling of the Islamic State in Syria. ISIS in Arabic spelling would, I'm sure, hardly resemble the characters needed to spell Isis. Regardless, the pooch is on the way out. Perhaps she didn't renew her contract with the show's producers either. Dog food commercials probably pay more.

We knew Lady Rose's blossoming friendship with Atticus was going to bring the Jewish question to the Crawley dinner table. It does get batted around a bit, but doesn't become an issue with anyone until Larry, Lord Merton's son rails into the Crawley "eccentricities" that produce a rag tag bunch of human origins under one roof.

Of course, Larry knows nothing of "diversity" and could never see that the Crawleys were the forerunners to anything produced by Norman Lear.

The machinations surrounding Lady Edith and her out-of-wedlock child Marigold are reaching Marx Brothers territory. As usual, a country train station and a first class carriage figure in Lady Cora's shell game of hide-the-kid. The plans to make it possible to bring Lady Edith back to the household and Marigold to the Crawley nursery are taking on a Lucy and Ethel scheme. This is what happens when women with hats meet for tea and stay till last call. I'm waiting for the kid to call Edith "mommy" in front of Lord G. Fetch the brandy and the ambulance.

And Lady Mary looks like she might have, with the help of who I suspect she'll next be involved with, ditch Tony Gillingham, who's been clinging to Mary like a process server.

Mary takes Charles Blake's advice and stages a kiss in front of Tony Gillingham and Mabel Lane Fox, who are leaving the cinema at the same time. This is all the proof Tony needs to believe that Lady Mary will not reconsider and pick him, despite her spending a week with him sharing a bed in a hotel. Mary does love 'em and leave 'em, but not until she's well fed.

And if a woman with a name like Mabel Lane Fox doesn't end up writing a gossip column for Edith's publishing house then the producers and writers will be missing something.