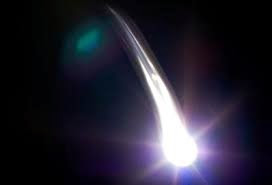 I can hear a version of Johnny Cochran, now as a prosecutor, in a courtroom summing up the affairs of Brian Williams, the now suspended NBC evening news anchor who in his own words "conflated" events regarding the helicopter he was in in 2003.

2003 to 2015 is a long elapsed time to have something bite you in the ass and now hit you in your wallet and lifestyle, but here we have it. Mr. Williams's exaggeration of which helicopter he was in when grenade fire forced a helicopter down.

The somewhat misleading first version fairly quickly morphed into the more dramatic one, the one that he literally told millions of listeners. I mean, tales of imminent death are more interesting than being a footnote.

The unraveling of Mr. Williams's memory has been a top of the heap news story for the last week. There are even those who are willing to offer a benefit of doubt to Mr. William's memory, claiming the memory gets fuzzy after so many years. Most aren't buying into that one.

Who uses the word "conflate" anyway? This is easily an academic word and not one you hear in everyday conversation. When the definition is read and you hear Mr. Williams use it, you might think somehow the stress of the events (or the hubris of ego) caused him to combine the narrative of events into something that wasn't. He didn't misspeak, his subconscious did it.

For myself, I've been in two horrific events, one in 2001 and the other in 2002 that both made the papers. At no time have I ever misrepresented my experiences, actions, or feelings in these events. In fact, I'm surprised that my memory doesn't vary; nor do my words. When I do tell the stories, I tell the stories the same way I did on 9/11 and on September 16, 2002.

The way things really happened. It's not that hard.