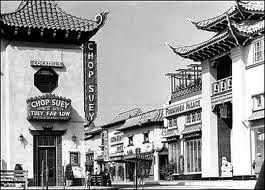 A professionally written newspaper obituary generally ends with a quote from the deceased that is meant to reflect the breadth of their life, or their general attitude toward their living. Sometimes this last word quote is a zinger from someone else about the deceased. In either case, it is short, and can easily be remembered or repeated over cocktails later in the day, or said to someone during a commercial break.

And sometimes, the last word is just about equal to what someone else said in nearly similar circumstances. There you have it. Multiple people with the same earthy take on things.

Take George E. Barrett, who has passed away at 86. Mr. Barrett receives a top to bottom two column obituary in the NYT on September 2, 2014. He fought college segregation in Tennessee. As a lawyer, he sued Microsoft in an anti-trust suit and won a $64 million dollar settlement. He once represented the Ku Klux Klan in a First Amendment case. He defended a strip club called 'Brass Staples' (No wonder the women took their clothes off if they were held on by brass staples.) He was a thorn is several sides when you were the other side. You easily get the picture.

Well, the last word for Mr. Barrett, adroitly chosen and placed by the obit writer Douglas Martin, is a quote Mr. Barrett made to the Vanderbilt Law School alumni publication in 2012.

"I've never really been part of the establishment. But if you live long enough, you become the respected eccentric."

Okay, it's from a movie, but that's nearly exactly what John Huston said as the Noah Cross character in the 1974 movie 'Chinatown.' Noah Cross is a bearded, aged, crusty, conniving owner of a major supply of water that feeds into southern California in the 1930s, with plans to leverage the value of water to even greater wealth for himself. Cross brags to Jake Gittes, the private eye character played by Jack Nicholson, that he, Cross, fits the adage that "politicians, public buildings and whores all gain respectability if they last long enough."