A Lovely Span of Ds 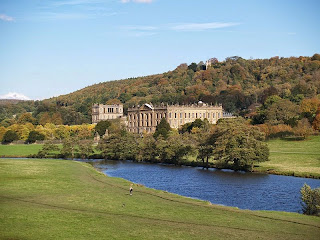 For some reason, one of John Updike's very early poems always sticks in my mind. It is "I Missed the Book, But Read His Name.' The poem derives from Mr. Updike reading a 1960s notice in the New York Times that 'The SilverPilgrimage' by
M. Anantanarayanan, 160 pages. Criterion. $3.95, is now available. The price affirms it was the 60s.

In four four line stanzas, Mr. Updike riffs on the name, "...a lovely span of a's and n's..." Every time I see the word Canada I think of the a's, as well as when I see Saratoga, also a nice span of a's.

So, when @obitsman Tweeted a link to a BBC obituary that brought us the news that Deborah, Dowager Duchess of Devonshire has passed away at 94, what else could my mind have been brought back to? A lovely span of d's.

Deborah apparently was the last of the Mitford sisters, a lively bunch of ladies that wrote novels, had tea with Hitler, married a fascist and another who became a communist. Deborah was more like the English version of Martha Stewart. She stayed at home at Chartsworth, a pile on 30,000+ acres and turned it into a tourist attraction to help keep the place up.

Chatsworth, as you might imagine from the sound of it, is another pile like Highclere Castle, where 'Downton Abbey' is filmed, and where the Earl and Countess of Carnarvon get their junk mail and sales circulars delivered.

Deborah was the youngest of the Mitford sisters, and at 94 is the last of them. The family had six girls and one boy, and in one family picture you might think they were the Von Trapp family. Apparently, if they sang, it didn't get past the ballroom. 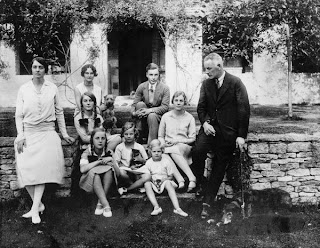 The BBC obituary link is a great example of what online journalism can be. A mix of text and informative video. Thus, we see a very attractive Deborah in what looks like the 1960s bearing a striking resemblance to Jacqueline Kennedy. She was at a JFK White House affair and who knows, given JFKs reputation as a ladies man. He could have claimed he just got mixed up.

Deborah becomes a Duchess by marrying Andrew Cavendish during WWII. His home, Chatsworth, has been in his family since 1549. Dorothy becomes a Dowager Duchess by virtue of being Sir Andrew's widow.

In 'Downton Abbey' we of course have Lord Grantham's mother, Lady Violet, played with sharpened tongue and mind by Maggie Smith. Lady Violet is also referred to as the 'Dowager Duchess.' So, like the comedian Alan King smartly observed, more women seem to outlive men. I'm sure in England, there were way more Dowagers than widowed Dukes and Earls.