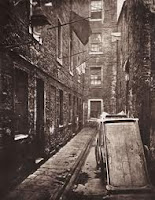 No self-respecting viewer of 'Downton Abbey' can resist sharing their impressions. Season Three got under way Sunday, and like anything that's two hours long, the sum of the parts is greater than the whole.

The wedding of Lady Mary might seem to have been the main theme, but make no mistake, it's money. Lord G. seems to have invested heavily in a Canadian railroad that doesn't seem to have earned a penny. The founding scion apparently croaked and the new management has proved incompetent. Thus, the rail company doesn't seem to have transported a bushel of wheat, or ferried a single soldier to a troop ship. Apparently, they are the only company not to make money during a war. Lady Cora's American fortune is at the bottom of Lake Erie (Canadian side). Not good.

Then we have the long-awaited appearance of Cora's American mom, rich as Croeus, who eats like a farm animal.  This part is played by Shirley MacLaine, who is certainly showing signs of waaay too much partying with the Rat Pack. To paraphrase lyrics from the song 'Errol Flynn,' ..."too many years and too many beers with Ol' Frank...Dean, Peter, Joey, Sammy...'

Ol' Shirl is seen seated most of the time, and doesn't seem to have the energy to change her clothes. But, her mind is quick, and she sees that the Crawleys are in trouble. In fact, all of England is in trouble, as she deduces that the Manor way of life will die out.

She won't play J.P.Morgan to the rescue. No 1920 versions of General Motors and AIG bailouts of an English lifestyle. Basically, suck it up. The times, they are a changin'.

Ol' Shirl does come to Downton Abbey with her own maid, or female valet, or batman, or whatever they might be called. Reed is a romantically assertive girl, who will likely deflower a rookie member of the downstairs staff, Alfred. If Alfie's not whistling softly while adjusting collar pins, then the writers will have missed an opportunity to show off the female 1920s American spirit.

Small pieces. Black tie; white tie. No idea of the difference other than appearance. But apparently there is a HUGE difference. To me, it's just an English game of 'Red Light, Green Light, 1-2-3.'

Medicine: Two months for a punch biopsy pathology analysis! From the next episode previews, it's obvious it's bad news, but it doesn't travel fast.

New digs seem to be on the horizon. Nothing as bad as the Liverpool slum pictured above, but something less King Arthur.

Stay tuned, with the rest of us.