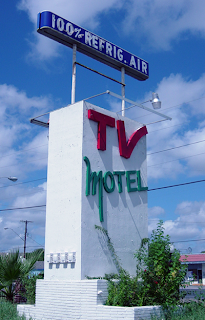 I had occasion to use the words "mid 60s" in a Tweet. I was telling whoever cared to follow me that during the 1960s I listened to Del Shields and Billy Taylor on the radio in New York. Jazz. The reason for the Tweet was that Billy Taylor had just passed away, and, well, I was remembering when I first heard him.

Within a few hours I got an
e-mail notice that my Tweets were now being followed by @Swinging60s. They are now my fourth Tweet follower; my absolute high water mark.

I know no one consciously added my Tweet to their list. But someone's computer code did create an HTML tag that swept cyberspace for "60s" and brought me on board.

Every decade swings for someone. And the decade years don't even have to be 0 through 9. Everyone's got a 10 year period they consider to be their decade for something notable. The media and historians create the default decades.

When anyone asks, and it's rare they do, "what were the 60s really like?" I pause, just a bit. I usually just tell them, with emphasis, "hot." Sometimes I expand the answer to acknowledge that once you got past the assassinations (and there were several) you realized you were always sweating.

If someone tells me the 60s were really "great" I ask them which one was their favorite assassination? This usually gets me a bad look and we move on. Separately.

So, keeping to the topic of temperature, there was little residential air conditioning. It was usually found commercially, in a store, restaurant, hotel or movie theater. But not always. When it was available, the owners liked to advertise that they had it, and that you should come inside, it was cool in there.

They may have used a big lighted sign, like the one pictured above, or simply a placard in the window that was blue and white and depicted what an undefrosted freezer looked like inside, that told you it was cool inside. Come on in. And you were glad when did. It did feel good.

Even though they've been around for decades, I still can't over the fact that subway cars are air-conditioned. But then again, it's not the Swinging60s.