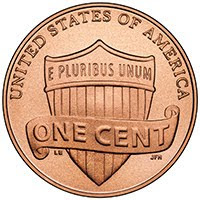 The penny won’t be going away. It has an even stronger lobby than any labor union, corporation, nation, or anything you might think of. It has sentimentality. And that’s all it needs. Even long after Andy Rooney passes away, we will still have pennies.

The reverse of the penny has been redesigned—again. The last time was as recent as 2009, and before that, 1959, which was only 51 years ago. And back in 1909, the penny got a complete overall in order to commemorate the 100th anniversary of the birth of Abraham Lincoln. Gone went the Indian Head design. An image of Lincoln was stamped on the front, or the obverse as the numismatic people like to say, and wheat strands were engraved on the back. Other lettering, dates, mint marks and words, Latin and otherwise, completed the design.

Along came 1959 and the reverse of the coin was changed to depict the Lincoln Monument in Washington. Now it had a totally Lincoln theme to it.

The Indian Head cent was sometimes referred to in derogatory fashion, when someone in a Western would say they wouldn’t give you a ‘red cent’ for something. This meant that whatever you were hawking was of no interest to this person, who wouldn’t even part with an unliked Indian Head penny. I never heard anyone say anything bad about the Lincoln cent; or at least nothing bad about Lincoln. The penny itself might be maligned to describe something that is useless, or bad, but that’s about it.

It was only the other day I realized the penny had gotten its backside worked on. There was an extra shiny one in my change that caught my eye. I initially thought it was something foreign, but it was a 2010 Lincoln cent, with the newly designed 'shield' back, that looks like the logo the Union Pacific Railroad used.

The only other time I realized the coins of the realm had been monkeyed with was when several years ago I saw strange quarters in my change from the barber. I thought for sure a Canadian ice hockey team had wandered up the block from The Garden and deposited their pocket change in my barber's cash register. Turns out, this wasn't the case. It was the beginning of the redesign of the reverse of quarters to commemorate each state.

And now that I think of it, I think the nickel has undergone a renovation as well. Haven't noticed anything with dimes, and I do know all about the dollar coin. I keep thinking I'm in the Twilight Zone and someone has handed me a gold piece. The excitement, however, goes away fast. And the 2009 four-themed change to the back of the Lincoln cent? Fuhgetaboutit! Never saw it up close and personal. Hoarders, I guess.

By some accounts, the penny can cost nearly a penny to make, thereby seemingly appear to be a bad endeavor. That’s an argument against it, used by those who would just as soon see it go away. And as much as it may have outlived monetary usefulness, if you add up its worth every time it changes hands, that one penny has certainly cumulatively accounted for more than a penny in value. It can be a busy bee when it’s not in a jar.

The Lincoln cent has survived over a century of events. Lincoln is unimpeachable. He’s not even copper anymore, but he’s bigger than U.S. Steel ever was. He’s only worth a cent, but looms bigger than the national debt in our consciousness.