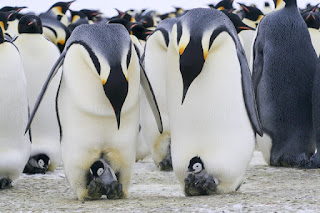 Being a man, I like to sometimes take my chances and tell people, "all men are alike; but side effects may vary."

I've been doing this for a while, so it is not anything new due to recent movements that are in the news these days. I have no idea if this might be characterized as being in touch with my "feminine side," whatever that is. I like to think it appropriately fits with great comedic timing into the conversation that might be swirling around at the time. Of course, since I'm retired and my wife still works, I find there is very little conversation swirling around me at any one time. I need a talking cat to get a daytime dialogue going.

Short of that, there is of course this blog which allows me to converse with whomever happens to trip along these postings. Even there, I get very few comments, so it's more like I'm talking to myself, but I don't mind. I get along with myself quite well, and seldom disagree with me.

I just caught up to Tuesday's NYT Science section and the sub-section on page 2 labeled 'Observatory: Findings, Events and More.' The editors made some format changes, and have introduced some large photos and capsule-size accompanying stories. Perhaps you caught this section about penguins.

The color photo is great. It shows several penguins  cuddling up to their newborns. The adult penguins tower over the babies, and with their heads drooping downward the adults look like they're trying to find their contact lenses on the surface of the ice.

The headline beneath this photo goes: 'Sure Penguins Are Great Dads, but There are Some Gray Areas.' Sound like something I've been saying? Sort of.

The short article tells us that male emperor penguins are "famous for going without food for months while they mate and then shelter a solitary egg from the winter winds. When it comes to heroic dads, they are hard to be outdone."

Apparently the habits of these warm-hearted dads in the bitter cold of Antarctica became the subject of an extremely popular 2005 documentary, 'March of the Penguins.'

But now there is perhaps contradictory evidence that maybe the males are not so selfless. A 1998 observation by a team led by Gerald L. Kooyman, a marine biologist at the University of California, San Diego reports that the team members were surprised to see penguins swim past their ship as they arrived at Cape Washington, Antarctica. The team reported the penguins were taking breaks from their breeding duties to go fishing. They found tracks marking the ground from the breeding area to the water, suggesting they were going AWOL for a bit.

(There is no explanation why an observation from 1998 is just now hitting the paper, or why the documentary might not have mentioned it. There are strange things done in the frigid sun.)

Who knows? Like most guys, they said they were going fishing.