Believe It, You Ate It 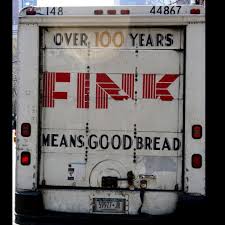 What could possibly link the recently deceased Milt Moss and Michael James Delligatti? One did advertising for the effects of what the other one invented.

I think it is hard to realize that a certain food combination was actually invented. The Earl of Sandwich invented the sandwich so he would have something to eat while spending hours at the gaming tables, but who invented the tuna fish sandwich?  Hard to trace, I would suspect.

But there are people who claim, or actually get the legitimate credit for inventing a combination of food ingredients that come to be known as something we all become familiar with.

Take Bobby Valentine, the former major league ball player and manager, somewhat famously known for hiding behind a pair of sunglasses and a fake mustache lurking near the Mets dugout after being ejected from a game. He fooled no one.

Well, Bobby now finds himself as the athletic director of Sacred Heart University in Fairfield, Connecticut. Bobby's from Connecticut, and from a prior life when he owned a sandwich shop, he will tell you he invented the "wrap" sandwich.

You're probably familiar with "wraps." They're on all the diner menus and chalk boards at lunch places everywhere. The sandwich contents are wrapped in a kind of doughy tortilla. No bread.

My own belief is that wraps came in to existence because Fink bread went out of business. If anyone remembers the Fink bread trucks that bounced around New York City, delivering bread to restaurants and other commercial feeding institutions, you will also remember that the logo and the wording on the side of the Fink bread trucks: OVER 70 YEARS FINK MEANS GOOD BREAD. Simple. When you got a corned beef sandwich at a Blarney Stone, the slices of bread were pulled from a FINK bread wrapper.

As the years advanced, the 70 was painted over by 80, 90, and eventually 100, before the faded red and blue trucks stopped rolling trough the streets in 2002. When I left the company I was with after 36 years I commented that I started when the Fink bread trucks said 70, and they were last seen with 100 on their sides. No one understood what the hell I was talking about, but I've long become used to that.

Michael James Delligatti passed away at 98, and is authentically credited with inventing the Big Mac. Yes, that Big Mag, two all beef patties, special sauce, lettuce, cheese, pickles, onions, on a sesame- seed bun. Mr. Delligatti even devised the bun this heart stopper went between. The existing buns at McDonald's in 1967 would not hold the contents of Mr. Delligatti's invention.

Mr. Delligati was a McDonald's tycoon, starting with one store in Pittsburgh, that eventually morphed into a franchise empire of 47 stores that he opened. He even created the special sauce that slathers the Big Mac. At the time the Big Mac was introduced, McDonald single hamburgers sold for 18 cents. The initial price of the Big Mac was 45 cents.

Advertising and unsolicited emails will tell us size matters. Burger King is currently promoting something called "Bacon King." The ads for this heart attack show two goofy guys each wearing the Burger King crown and taking the viewer on a tour of the Bacon King's contents. It's the six strips of bacon that top off the burger tower that lend the name to the Bacon King.

So, how does Milt Moss, an actor, who at 93 passed away, fit into this? Mr. Moss, a second generation stand-up comedian was featured in a classic Alka-Seltzer ad that had Mr. Moss appearing in his pajamas, sitting at the edge of his bed, apparently unable to continue sleeping because he's in gastric distress, telling us, "I can't believe I ate the whole thing."

Alka-Seltzer, was a white tablet that came in foil packets, meant to be dissolved in water or seltzer as an aid to break up stomach blockages and indigestion; cure heartburn from foods you might have recently consumed. The foil packs were in a cardboard silo, usually found at lunch counters. It never seemed a ringing endorsement for the food, but my guess is the luncheonette owners felt that if their food made someone have a tummy ache, they might be able to score another sale on the antacid to cure it. It is no longer sold this way, but is available at the drug store as "Alka-Seltzer Original." 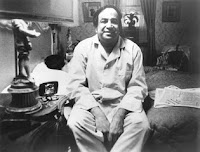 McDonald's opened in our Flushing neighborhood in 1972. It wasn't long before  I wasn't really a fan of their food. And still aren't. I'd get a stomach ache.

When I would pass the sign that proudly proclaimed how many billions of burgers had been sold, I always thought to myself, (and still do) "yeah, but how many were digested?"