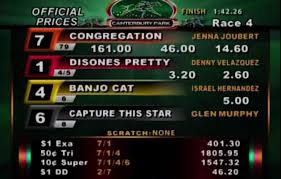 Michael Wilson is a NYT crime reporter. He gets to write weekly in his 'Crime Scene' column about virtually anything related to crime in the Big Apple. This has led him to comment and report on boosted fruitcake, to far more darker tales of murder.

He does seem to be particularly drawn to crimes and stories about Gypsies, that element of people who con emotionally vulnerable people out of money. Sometimes A LOT of money.

A Gypsy in New York doesn't necessarily look like the stereotypical hook-nosed, wrinkled beast with a bandana circling their head and jingling with all sorts of beads and bracelets whenever they move. The Gypsies I used to see on 25th Street near where I worked looked like office ladies handing out fliers for a nail salon up the street. Only the salon up the street was a "parlor," where the Gadje would be relieved of their money.

Mr. Wilson has met legendary members of the New York City detective squads that have pursued the flim-flam artists with scholarly zeal. Most recently he reports of the appeal hearing going on for a convicted Gypsy, Sylvia Mitchell, who was convicted on numerous felony charges surrounding grand larceny and was sentenced to serve five to 15 years in 2013. One less Gypsy on the street.

But who doesn't have a lawyer? Where do they all come from? Who pays for these lawyers? Where does that money come from? All good questions perhaps, but not really part of the story. Ms. Mitchel's lawyers, lawyer, whomever, are arguing that a note from the deliberating, at the time deadlocked  jury to the judge who was on lunch break could have prevented the client from being convicted, if only it had been read the note before the second note--and not a the same time--from the jury that said they had reached a decision.

Mr. Wilson explains it beautifully, that a note landing on a judge's blotter during lunch hour is the same as a tree falling in the forest. The tree falls down, but does it make a sound if no one hears it? This gets very philosophical, and might even get close to being the thought problem of Schrodinger's Cat.

Basically, the defendant's team is arguing that the 2013 ruling might have been different if something else had happened.

Hell yeah. I think of this every time I'm at the racetrack and the result becomes official and it is confirmed that I didn't win any money, my tickets are just paper with no value attached other than an offset against earnings I'll never have if I need to prove to the IRS that I've bet as much as I've won. (A whole other story.)

Next time this happens, and I suspect it is going to happen soon since I'm headed to Saratoga in a few weeks, I'll call Ms. Mitchell's legal team. Perhaps they can appeal the official order of finish to the stewards and get it changed in my favor.

In this world, everything is worth a try.