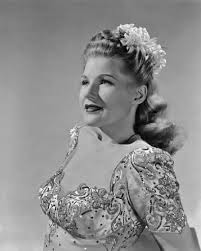 Live to be 91, not be seen on television, in the movies, or heard singing a lusty folk song, and people forget you're still alive. Such is the case with Theodore Bikel, who just passed  away at 91. Yes, he was alive just the other day ago.

I have little connection to Theodore Bikel. He was in a 'Twilight Zone' episode, and of course all those other parts that were mentioned in yesterday's obituary. But for me, he was always remembered for two things: being on the 'Tonight Show' with Johnny in the 60s, on the guest couch with his guitar in his lap telling Johnny that "you can be alone with a guitar, but never lonely." Nice. I always like the poetry in that, and of course, it doesn't always have to a guitar that's keeping you company. It can be anything.

Mr. Bikel then of course, accompanying himself on guitar, performed a folk song, probably in a language other than English. In that era, anyone who is my age, we all watched Johnny Carson.

The other memory of Mr. Bikel I have is that in the 60s there used to a joint on 14th Street in New York City, on the south side, between 3rd and 2nd Avenues, closer to 2nd, that was called Two Guitars. It was a night club of seductive Middle Eastern appearance.

It had narrow footage on 14th Street, and was downstairs. There were some green neon lights that surrounded a glossy black and white photo of who was performing. Generally, it always looked like some exotic woman straight out Rick's in Casablanca. Even from the street, the place looked wonderfully sinful.

Too young at the time, and no one ever sent anyone any flowers there, so I never got to see the place. If I walk by the area on the 14th even today, I think of Two Guitars and Theodore Bikel, because one time the glossy photo announced he was playing there. I ached to be able to go in, but I was of course too young, even with a drinking age of 18 at the time.

So, I never got to see Theodore Bikel perform there, or anyone else for that matter. I always imagined I'd meet some luscious-looking woman performing there who would keep me company for the evening. That never happened either.

But I still have the memory of Bikel's words on Johnny Carson.

http://www.onofframp.blogspot.com
Posted by John D. at 9:50 AM