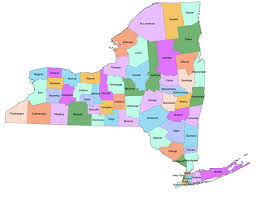 It is the most enduring story of the news cycle in the past two-plus weeks: where are the escaped New York State convicts now? Upon re-capture, this may turn out to be the most lucrative advertising event in recent history.

Anyone who hasn't just woken up from the flight back from the comet by now knows that two murderous felons escaped from the Clinton Correctional Facility in Dannemora, NY, probably in the early hours of June 6th. For the governor, their timing couldn't have been worse.

New York's Governor Andrew Cuomo was scheduled that day to appear in the winner's circle at Belmont Race Track to present the trophy to the winning connections of this year's Belmont Stakes. A Triple Crown was in the offing, and after 37 years, it proved to come true. Thus, as the governor missed a grand photo op, he also missed presenting a Triple Crown trophy that hadn't been handed out in 37 years. That's long time for silverware to stay stored. At least once a year we see the Stanley Cup get paraded around an ice rink. And of course other sport trophies sprayed with champagne.

Instead, the poor governor's photo ops have come with Mr. Cuomo taking a tour through the bowels of the prison alongside valves, steam pipes and other cellar fixtures, tracing the route taken by the escapees. Having the governor's picture taken popping up through a manhole cover was nixed. Ever since former House of Representatives Speaker Tip O'Neill lowered himself by agreeing to do an ad for Motel Six by popping up out of a suitcase on a bed, pop-up pictures have been shunned by the elected.

Obviously, the appearance of the governor yukking it up, patting backs and shaking hands in a winner's circle while two killers roamed free would not make for great press. He made the right decision, but perhaps the wrong one by going straight to the prison to assess the situation. By some accounts, the full-fledged search was delayed while the governor and his people were cleared and passed into the prison.

While this if course does matter, it might also prove to be beneficial, as long as someone doesn't get taken hostage, or killed.

The felons, Richard Matt and David Sweat, are not the kind of people you like to think are vacationing somewhere outside of prison walls. But this is where you make lemonade out of lemons.

First, there's the tourism factor. How many upstate towns were you ever aware of outside of Albany, Buffalo and Syracuse before this? And that's not really fair, since of course they are cities. How many folksy-named hamlets could you come with? I thought so.

Every day now for two-plus weeks we get reports of sightings and investigative leads. Consider the names we've been hearing.

First, there is of course Dannemora itself. Almost Shakespearean. Then there's Cadyville, near Lake Champlain, followed by Friendship, Owl's Head, Titus Mountain, Constable, Mountain View, Plattsburgh, Willsboro, Lindley, Bellmont, Chasm Falls, Whippleville, Malone, and even a foreign country, Canada's Prince Edward Island, lovely this time of year, I understand. There are surely others that just haven't made it into downstate newspapers.

And there's the post-escape, capture news, again with the hopes that no innocent people are harmed. Matt and Sweat probably can't personally profit from the tantalizing story that will emerge as to how they eluded the authorities for what is now two-plus weeks, and counting. Cable network movies and paperback rights might provide some compensation for the victims and the families of their crimes.

And then of course, the products these fellows have used and consumed while on the run might have advertising potential to all sorts of segments of the public.

Then there are the accessories and foodstocks. Need a meal in a hurry? Brand of peanut butter? Chunky, or smooth? Both? Microwaveable what? Bug repellant? 6-12, Off, or Citronella? Coleman stoves? Jansport knapsacks?

You see where this can go. But even if the crass commercialism is nipped in the bud, Governor Cuomo should not miss an opportunity to remind us all of our statewide pride.

Assuming it's a capture without violence, then

buttons should be worn by all in the photo.

http://www.onoffrsmp.blogspot.com
Posted by John D. at 9:51 AM