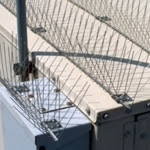 The fact that two stories about pigeons, and reference to pigeons, appeared in major newspapers within the past week does not go unnoticed to this reader. Pigeons are in the news.

Second story first. Racing pigeons have tested positive for performance enhancing drugs, PEDs. Shocking, perhaps, but surely expected. Any contest that offers money is worth cheating for. And if that means doing something to yourself, a horse, or even a pigeon, it's all in the spirit of trying to win.

The pigeon on PED has of course spawned humor. On 'The Crowd Goes Wild' yesterday someone from the staff came out dressed in what hardly looked like a pigeon, but nevertheless gave a Lance Armstrong-type news conference at a podium denying the use of PEDs. I'm sure 'Saturday Night Live', Leno, Letterman, Fallon have all weighed in on this piece of sad news.

Racing pigeons on steroids might surely sully the sport of bird racing, but my thoughts are a little closer to home. What if the pigeons that seem to defy the anti-roosting spikes at the railroad station somehow are on steroids and start to poop steroid enhanced waste? There's enough of the ugly stuff as it is, what will it look like if steroids are added? I've started to take extra care where I stand waiting for a train.

And then we have the first story that makes reference to pigeons. Last week the WSJ did one of their A-head pieces on stink bugs, and how they are swarming the Washington D.C. Maryland, Virginia area. The bugs eat crops and gardens, and I'm not sure they haven't hit here, further north in the northeast. I haven't seen a swarm, but something's done a good deal of damage to certain plants this year. And there has been something that's been big, jumpy and flying that we've whacked near the door.

The Journal story goes on to explain that the insect, when crushed, or threatened, emits a stench. A stink. Great. A flying, crawling, hopping skunk.

It is claimed that pigeons will put anything in their mouth, apparently even steroids, if fed to them by the conniving human. But apparently when they encounter these bugs near downtown Washington monuments, they spit the bugs out.

It just shows you how muddled the message is coming out of Washington. It is unfortunate. All that money spent to educate the lowly, unloved, vulnerable creature, and what do we as taxpayers get in return?

Pigeons are saying to themselves: 'Just Say No to Bugs.'