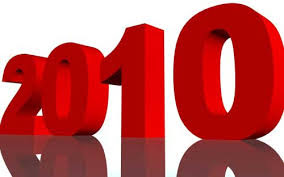 I know it can take years before the full results from a ten year census are digested and spit back out for the world to absorb. And since the 2010 census is not yet even three years old, I wonder if my very informal observation of there still being few surviving husbands after a wife dies is valid. If nothing else, testing a theory can be fun.

One of the things I always do when away on vacation is always get the local newspapers. I buy as many as there are worth getting. My latest journey from the hearth led me to an area where there were at least two newspapers, from nearby communities, that were worth getting. In addition, of course, to the Daily Racing Form.

The Post-Star from Glens Falls is the quintessential newspaper from somewhere outside New York City. The Washington County Fair, which always seem to be going on when I'm in the area, is often featured on the front page. Racing from Saratoga gets the local touch. As do obituaries. Lots of obituaries. Collections of thimbles are often left behind.

Papers like the Post-Star always featured pictures of the deceased as part of the paid death notice. It's relatively only recent that papers like the New York Times have recognized the paid notice to be a revenue generator. Thus, we now see self-penned obituaries, of varying length and effusiveness, often accompanied by a photo.

My first day in the area lead me to the Post-Star's two page obituary section, complete with seven photos of the deceased; six of whom were women. Six out of seven women. Quite noticeable. What better time than now to look into the numbers behind who the survivors were. The departed comedian Alan King had a career routine of reading various obituaries and pointing out that the recently deceased husband was always survived by the wife.

So, I wanted to see if Mr. King's long ago routine still held water. If he was still right, then I was thinking, five of these six various aged ladies probably outlived their husbands. In obit parlance, their spouses would have 'pre-deceased' them.

Move over Beethoven, and tell Tchaikovsky the news. One woman's notice makes no mention of a husband, despite three children. We drop her from the group. Of the remaining five, only one leaves a surviving husband. And one of those four outlived two husbands.