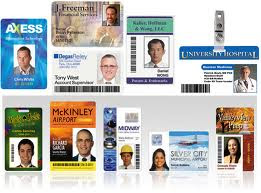 I finally caught up to some of my backlogged DVR shows. One was the 'Nova' episode on PBS this past Wednesday, about the rebuilding of 1 WTC, 'Ground Zero Supertower.' The one hour broadcast was an update taking you to the present status of the building, the memorial center and the memorial pools.

Well done as usual, with some short footage inserted from earlier shows on how things were being made and fitted. By the look of all things, the whole project will get finished and will eventually blend seamlessly into downtown Manhattan, as if it were always there.

Of course there are those who know it wasn't always there, and the many who remember what it was replacing. Say what you will about the re-building effort--and many have lots to say--money, spirit and symbolism are huge forces that create tremendous momentum. And that momentum goes up.

For understandable reasons, it's a story I've followed from Day One. Day One being September 11, 2001. Seeing pictures once again of the Twin Towers made me think that they look dated 12 years later. We've started to grow accustomed to the new spire-type of skyscraper buildings being built all over the world, and the two Ronzoni spaghetti boxes that were stood on their ends somehow really do represent a bygone era.

The chief architect of 1 WTC, David Childs, explains how the core of the new tower is made of tremendously thick custom-blended concrete, the design of which replaced the prior towers' core of sheetrock over steel. It was the penetration of this core that obliterated the stairs on 9/11 and made exiting impossible from floors higher than the point of compromise. Bad things were made even worse.

The mention of sheetrock reminded me of the story someone told me of their uncle who was a Port Authority engineer stuck in an elevator when the bomb went off in the North Tower on February 26, 1993. I don't remember what floors he was stuck between, but he was able to pry open the elevator doors and carve his way to safety through the sheetrock with a pocket knife.  In 1993 there were six fatalities.

The story goes that the knife he used is displayed somewhere in the Smithsonian. The uncle has since passed away, but perhaps his story and knife will get blended into the 9/11 museum exhibits.

Watching the 'Nova' broadcast reminded me of the incredible amount of debris that was driven into the ground by the falling towers. All this was effectively taken away and sorted through. Incredibly, personal items were found, and when there was sufficient means to identify the owner, the NYC police property clerk sent out notices to the owners that there was something that could be claimed.

I learned from a police property clerk that a wallet found nearby on Broadway was turned in and later returned to the husband of a woman who was on one of the planes. The wallet of a woman I worked with was returned, singed and beaten up, but still containing a recognizable drivers license.

When all is completed and the time is right, I'm going to wonder if either of the two ID cards I had that were recovered from Great Kills will grant me free admission--if there is any--to the 9/11 museum.