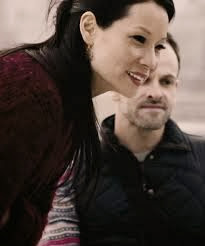 For those who follow such things, in the last episode of this season's 'Elementary,' Sherlock names a new species of bee after Joan Watson. From the explanation given by Sherlock, the right to name the new species of bee that is appearing right before his and Joan's eyes, falls to him. Thus, his new name for the species is 'Euglassia Watsonia.'

Joan is impressed. "You named a bee after me." There is no explanation as to what the name might mean, other than a bee is named after Watson, "...Watsonia." But what is 'Euglassia?"

Holmes is crafty, and of course knows nearly everything. so my weak etymology explanation might be completely off, but if you break up the word "euglassia" into "eu" and "glassia" and look for definitions of the prefix and word, you might get to be as nearly as smart as Sherlock.

So, "eu" in biology is a prefix for good. "Glassia" is a protein inhibitor class of drug used to treat emphysema.  The guess is that the "inhibitor" portion of the definition is important to Sherlock. Joan Watson, as his sober companion, and perhaps forthcoming companion, inhibits he, Sherlock Holmes, from lapsing back into drug use.

A mighty achievement, since a drug-free Holmes will lead to Season Two.