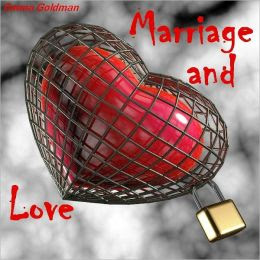 Because I have what is now a somewhat dated DVR player, I can only record two shows at the same time, or watch one show from the recorded shows and record another. Three is not my magic number. Two is.

So, last night I was confronted with my limitations. The 5th episode of 'Parade's End' (a 1914-era HBO British miniseries) was taping, as was a PBS Mystery, a Miss Marple episode that I've seen, but thoroughly etch-a-sketched from my brain. Mysteries keep staying mysteries when you forget the ending. Talk about renewal. Watching what you forget you once saw works well when nothing is on.

So, I was prevented from starting to view the first episode of my recorded 'Parade's End' from the very beginning, while all this was going on. With all these circumstances competing for my attention and decisions needed about cancelling tapings, I decided to take in just a bit of 'Parade's End' as it was unfolding in real time. It was somewhere near the beginning of the 5th episode, and I had a gist of the story from the reviews.

I was fearful it might be dull, and it certainly had that look, feel and sound, despite WWI trench warfare scenes. I hung in for just a bit and caught the bit about the main character's mistress, Valentine, who I fully gathered was a teacher at
an all-girls school, finding a somewhat promiscuous book in the cloak room just after she chased the gathered girls off to class. They of course were engrossed in listening to passages being read aloud by one of them when there were no teachers around.

The book was titled 'Married Love: A Book for Married Couples,' by Marie Stopes, Ph.D. and seemed to contain text about sexual arousal for married couples. At least that's the part that was read.

In the 1960s and into the 70s, a great deal of comedy was about the battle-of-sexes. On the 'Ed Sullivan Show' the now deceased comedian Alan King got a good deal of mileage out of the observation that, "if you want to read about love and marriage, you need to buy two books."

Just think of the money those girls were saving by sharing one book on the subject.