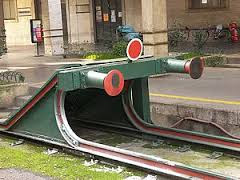 This visually stunning sad story does have the light, happy ending that we might have been hoping for, but without knowing the source story ahead of time, we couldn't really be certain is the one we'd get.

Along the way though, we've suffered with waaay too many little guys with mustaches who all looked alike, even if their uniforms were sometimes different. Some of this confusion was mitigated toward the end when one of them gets it from a German artillery blast and lies face up, half buried in a trench with a smile on his face. One less hairy lip to keep track of.

Aside from the casualties of war, we have arborcide. The Groby cedar gets it in the end and is chopped up for cord wood. Some might see this as the most disturbing part of the story. I'm sure this is symbolic of many things, but it's removal does let more light into the house, as well as remove a home for termites.

We know it's a happy ending with connubial bliss when we see that Miss Wannop is going to be treated like someone in the book 'Married Love,' from a man who probably didn't read the book, but who instinctively knows what works. Christopher Tietjens will be smiling from here on in.

As for Sylvia, we suspected correctly that she'll take care of herself. She's about to get the most mileage out of her body as possible by hooking up with an older guy who won't cause her to exert herself too much. This is key to Sylvia's lifestyle. Lots of pomp and pampering, without too much sweating. Perfect.

So, there we have it. It takes a while to watch all five parts, and my ending it on the day that an hour is lost due to Daylight Savings Time doesn't help. Bottom line is, one is completely convinced that the British will never stop telling the world about WWI, or WWII. That neither war was the war that ended all wars is of no matter. They're the only wars the British ever need.