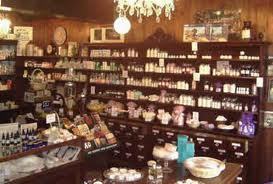 This is a visually beautiful sad story that's confusing as hell. The unhappily married man is easy to spot. Even his wife knows he's not happy, because she's not happy.

But the other characters that occupy the story are the source of confusion. Too many guys with small mustaches, odd living arrangements in "rooms," shaving rituals, people who pop their head into railway compartments, women who know about the birds and the bees, and a young woman who somewhat late in what is still a young life, learns that sex doesn't necessarily lead to children. And her name is Valentine, and she's the object of interest to the married guy, Christopher Tietjens, who might really be nearly the last honorable man in England.

It's hard to follow time because we have people who never look any different five years later, who are maliciously thought to have given birth to an out-of-wedlock "war baby" while never having been seen pregnant. This rumor, and that of another mistress and passing bad checks, dogs our hero to the point that his father commits suicide that is staged as a hunting accident. This involved some brush, a dead rabbit and a shotgun. The father joins the dead rabbit in the hereafter.

Still, with all that going on around our hero, we can follow him back to the front after he spends some time convalescing from being wounded in his first tour of duty. No post-traumatic syndrome is recognized yet.

And we too will "soldier-on" and take in the last two episodes. It's worth it to find out what happens to Christopher Tietjens and if he'll find happiness with Miss Wannnop. And will his wife Sylvia be kept in an income that keeps her from a life of having to shoplift cosmetics and tins of toffee?