A Opening At the Vatican 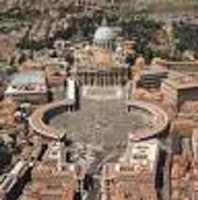 Thus, Pope Benedict XVI announced his retirement yesterday at the age of 85. He's the first pope in six centuries, and nearly 600 years, to leave the job alive. The last one to do so was Pope Gregory XII, who resigned in 1415. Since popes don't have grandchildren they'd like to spend more time with, they tend to stay in the job that's theirs for life.

The two week notice headline is from the NewYork Post, igniting that plural, apostrophe, placement conundrum that Lynne Truss wrote about in her cute book on punctuation, 'Eats, Shoots and Leaves.' Ms. Truss goes on at length about the two words, but never offers the neat solution: Two-Week Notice. Compound adjective, noun. Apostrophe? Fuhgetaboutit. How do you pronounce an apostrophe, anyway?

Anyway, Pope Benedict's announcement is considered a bombshell announcement, but it's seen here as a terrific media ploy.

The New York Times has announced that it has already, and will continue to, put more obituaries on its front page. Apparently, in 2012, they did 30 on the front, a considerable increase from the 14 in 2011. Some are certainly expected, when a world leader, or highly notable person passes away. Others, are whimsical treatments of the somewhat famously departed. A pope would certainly qualify in all instances.

So, in leaving the job alive, rather than dead, there's a good chance Benedict will achieve front page acknowledgement twice; now, and when he really goes. And right now, he's a banner headline all over the place.

He's savvy, that's all. He has a Twitter account, and perhaps wants to spend more time with that. And since famous subjects are not shown their obituaries before they expire, the pope has forced into print what people think about him for him to read. He can settle some scores if so inclined. Or, at least order up some penance.

There's probably a Latin phrase to describe this. But I never took Latin.