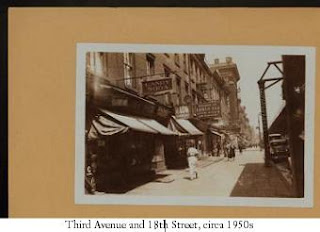 There certainly isn't much I can add to any story about J.D. Salinger, the author of The Catcher in Rye, who went into seclusion when Eisenhower took the oath of office--for the first time. I certainly never met the man, only read his famous book once, and last read something he wrote--which turned out to be the last thing he published--in 1965.

Salinger was famous for not wanting to be famous, as Charles McGrath points out in his lengthy NYT obituary of him the other day. It is certainly hard for anyone to know much about anyone who has been an undiscovered tomb for over 50 years.

I don't even remember too much of the book, except that I read it in high school and "reported" on it. I don't remember if the whole class was assigned the book, or we got a choice from a list, but I do remember that there were parts I loved, particularly seeing that someone could write the word "fuck" outside of a dictionary on slang. That was great.

I remember someone named Maurice who was a bell hop, I think. But I'm sure I didn't "understand" the book. I didn't even pick up the fact that Holden is in a mental hospital at the end. The English teacher did tell me that in red script that that was something I missed. But I didn't fail the class.

What I remember most about the book is the era around me when I, and many others, were paying attention to the book. I remember the solid red cover of the paperback edition, and the gold lettering of the title. Very distinctive. I remember the candy/card/gift store a few doors down from the flower shop, in the same building, where I bought the newspapers, and where there were well stocked shelves of paperbacks, classic and otherwise. I think I read so many books as much because of the library, as because of that store. I loved it.

The 1999 front page obituary for Joseph Heller that appeared in the NYT quoted E.L. Doctorow as saying of Catch-22, "they say fiction can’t change anything, but it can certainly organize a generation’s consciousness."

Certainly The Catcher in the Rye did that.