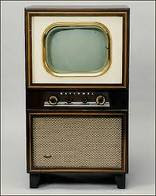 I give Maureen Dowd's column a glance on Wednesdays. If it's not political, I might keep going. And this Wednesday I was rewarded with a take on the hot domestic topic of the week: Jay Leno, Conan O'Brien, and NBC's chief executive Jeffrey Zucker.

This morning I have to say I was astonished to realize that I wasn't reading that Jeffrey Zucker had bled to death from Maureen's flogging.

Over the years Dowd is still the one person I can read who still comes up with words I really have to look up in the dictionary. Or Google. Whatever that says about my level of reading, I don't know, but how many can truthfully say they knew that "baldenfreude" was a word made up by Ms. Dowd to describe others having fun with bald Jeff Zucker's misfortunes--all self-created, which of course makes them better to feel superior to.

I should have suspected that when I once came across the word "moneygall" that she used to describe something having to do with the misuse of money around St. Patrick's Day, I think.

The column is worth reading for sustained bile. It doesn't stop, but it's well done. When she describes Hollywood as a place where "no one makes less than they're worth" she's not saying the place is great for parity or fairness of pay.

My friend who listens to Don Imus tells me that Don apparently is on the outs with Ms. Dowd when he tells his audience that her birthday was today, or yesterday and that she's 58, and "her train has left the station." Imus does however admit that he's carrying Wednesday's column around with him.

Well, my birthday is tomorrow and I'm older than Ms. Dowd, but younger than Imus. Regardless, I'm glad neither one knows about me.

And Jeff, there's always the Hair Club for Men.