A Trio of Billions 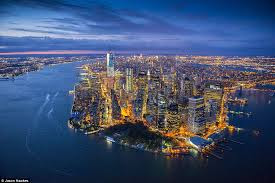 If anyone thinks I might be overly-observant to the number of times they utter the word "fuck" in the dialogue--after all it is a New Yorker's favorite word-- consider this. The title of the middle of the last three episodes I've watched is: Where The Fuck Is Donnie? You don't need anymore proof than that.

Of course, the printed media has to insert asterisks in place of some of the letters to convey the word. But it does get conveyed. Where the F*** Is Donnie?

In the middle episode of the last three I've watched, Donnie Caan, one of Axelrod's senior portfolio managers has been flipped by the Feds (something about Donnie being as sturdy as a Mexican condom) and is willing to wear a wire to help get the goods on Axe and his insider trading. The Feds have raided Donnie at home, and if you're quick to realize what you're seeing, there's a another guy in Donnie's bed. His husband. Donnie's gay.

Well, Axe, as you might say, has some moves of his own. Donnie's got pancreatic cancer and has months to live. Axe basically recruits Donnie to be his financial suicide bomber who works as a double agent, feeding the Feds what they want to hear, to a point, and then dying on them before they can get him into court to testify.

Axe is a kind employer, but never one to miss harnessing an opportunity. He works out his plan, gets Donnie to a cancer specialist, but not into a clinical program that might prolong his life by a few months. After all, the trade on the information--200 million shares of something--has to be executed before the news of the merger hits the street.  Axe has arranged for $40 million of the hundreds of million dollar score to go to Donnie's husband and the kids. Axe takes care of family. But only if they can die before the trading clock ticks out.

Donnie executes the trade leaving 20 million shares for someone else at the firm to get credit for. Donnie leaves his phone on his desk, takes his shirt off for some reason and drapes it on the back of his chair, and disappears is a very grey looking T-shirt. He's AWOL.

But Donnie's clever. He wants to just go away. He swaps out his E-Z Pass with someone else's at a highway roadside restaurant. A hit! Donnie's on the Mass Pike. Well, eventually, state and local police are waiting for Donnie at the next toll booth. You'd think they were trying to bring Whitey Bulger in. You guessed it. Some poor schmuck puts his hands up, terrified on being boxed in front and back as plenty of heavily armed police at that next toll booth await. After all, all E-Z Pass transmitters look the same He didn't know he was using someone else's.

Donnie makes Cleveland, and they're all still going, "Where the fuck is Donnie." Where in the world is Carmen Sandiego? Donnie knows his time on earth is limited, so he seeks out the 'Third Eye Seer,' a guru who is appearing at a Cleveland convention center. Credit card hit. But not before Donnie, after waiting patiently in line, gets to meet the 'Third Eye Seer.' Someone who looks like he quit playing lead gong for a Hare Krishna group and started doing better for himself by greeting people from his throne in his white outfit and strands of beads and giving them a hug and assuring them they are now "found."

Well, Donnie is certainly "found." By the Feds, and he is now brought back to help seal the testimony deal. They are not aware that Donnie's terminal with cancer, or that Axe has been playing them like a violinist from Carnegie Hall. Thus, Donnie's potential testimony is not sealed in a deposition.

Of course the insider trade has already been made, Axe has scored a life-altering fortune--again--and Donnie's left to throw up on Brian Connerty, Chuck Rhoades's No. 1 guy. The Brian Connerty character is, as many members of the cast are, well-played. Toby Leonard Moore, and several others are prime Emmy candidates, no doubt.

Chuck, is well, what else, fucked. He gives his staff a speech about his temperament at chess as a youngster, and tells them the case against Axe is blown. Eastern District will get the case. He knows he's been outmaneuvered. Donnie's dying. He won't make it through the night. He doesn't.

Leading up to the third episode I watched, we are treated to many incantations of the word Richard Burton claimed was the greatest word in the English language. And if you think about it, the word "fuck" is easily one of the most versatile words at our disposal. It can be a noun, verb, adverb and adjective. It is easy to pronounce: one syllable. Within four letters it holds the great "c" and "k" letters that can give the speaker so many chances to add auditory emphasis to its utterance. It is no wonder the screenwriters love it.

When it is announced who the judge will be to hear the prosecutor's case on the "Dollar" Bill Stearn insider case, the No. 2 person on Chuck's staff comes into the room and announces that "Judge Fucking Wilcox" got the case.

The little I know about case assignments is to know there is literally a wheel that is spun to determine who will be assigned to each case. Wilcox is bad news for the U.S. Attorney's office. He is soft on white collar crime, but apparently a hanging judge when the crime's not white and the perp is not white either.

Thus, the story line goes that Judge Wilcox, a Federal judge subject to sentencing guidelines, has been putting black and Latino defendants away for ungodly stretches, even one for someone who was boosting PlayStations.

How Playstation theft by a person of color becomes a Federal crime outside of RICO statutes applied to organized crime   is never explained, but apparently enough to leave a picture that Chuck wants to know more about Wilcox. He finds it.

Apparently, Judge Double W. there has been a silent partner in a fund that profits heavily in income derived from prison inmate phone calls. If you know anything about this story, these rates are truly extortionate. Double W. has been building his business from the bench. Also, he's been schtupping his housekeeper, so Chuck confronts Wit in chambers about these character flaws.

Chuck, ever the smooth negotiator, convinces the judge to resign and go out in a bath of glory. His district, Southern District, will not prosecute. Judge considers the cannons to the left of him, cannons to the right of him, and decides a retirement is not so bad. Of course Chuck, ever Wile E. Coyote, has the FBI march in via one of his former Southern District AUSAs who is now in the Eastern District, arrest judge baby, and cart him away. But not before the judge angrily confronts Chuck that's he's "a Goddamn liar." Oh no, I said Southern District, I didn't say anything about the Eastern District." The words are much alike. What some people fail to get in writing. And a Federal judge, at that. Chuck is starting to feel better.

Brian Connerty, as we have already disclosed in a prior posting, was himself schtupping the FBI agent Teri. But, with both being single, attractive people, this is just recreational sex. Teri spots how Brian and the No. 2 assistant in the office, an attractive, brainy, (Stanford Law) black woman named Kate Sacher, also well played by Condola Rashad, have been mooning over each other. Of course Brian and Kate go back to her tastefully furnished place and wind up under the sheets. But, like the madame in the  musical and the movie (Dolly Parton), "The Best Little Whorehouse in Texas" would explain, "There is nothing dirty going on."

In fact, we go from a scene with a few Brian/Kate kisses on her nice couch (not an Ikea assemble- yourself-number) to another scene, back to Brian and Kate with the sheet tucked up under their chins, looking satisfied with themselves. Clearly, it was as good for him as it was for her. We don't get a wrestling match watching them try and shed their nice duds. Probably ran out of time.

The first of these three episodes is basically a straight story, and wouldn't leave you with much to summarize until the threads get tied up in the subsequent two episodes.

One scene does have Chuck and his son seeing Mark Teixeira talking to Axe at a performance of The Big Apple Circus. Ken wants an autograph from the Yankee first baseman, but because Mark is yakking financial with Axe, Chuck is not eager to get too close.

Axe of course sees the lad's eagerness for an autograph and motions him over. Dad has to concede, and he lets Kevin go over. How they work in a walk-on role for Teixeira, perhaps talking insider stuff to the King of Insider Axe is a wonder. Are the scriptwriters Met fans who want to paint the Yankees as inside stock trading millionaires?

Mark of course goes looking for a baseball to sign, at a circus no less. Talk about bringing a knife to a gunfight. Never mind, the good news is that Teixeira doesn't injure himself signing his name and makes it through  2016 spring training and opens the season without yet getting placed on the DL. Just wait.

If you know enough, you know that Paul Giamatti's father was once the Major League Baseball commissioner, a short tenure that ended with a heart attack when he was only 51. Prior to that job he was president of Yale.

A. (Anthony) "Bart" Giamatti was instrumental in suspending Pete Rose for life for gambling on games. You wonder if the Met fan scriptwriters are trying to get Teixeira suspended by Chuck for talking to Bobby Axelrod. Met fans hate the Yankees. If you can't get Tex injured by signing a baseball, maybe you can get him indicted.

The last of the episodes, "Quality of Life," is dominated by Donnie's death and the funeral services, with flashbacks filling in how Axe engineered the double agent blow back on Chuck. Game, set, match. Checkmate. For now.

She and Chuck, for such a couple who ring each other's Tinker bells while wearing black, can be so nasty to each other. But, I guess that's part of the appeal.

Donnie's funeral services are sad. It is a somber episode, lightened a bit by a slightly tipsy Wags admiring how Donnie was their Gay Guy. Wendy makes another one of her patented sourpuss faces and shakes her head.