Which One is Wild Again? 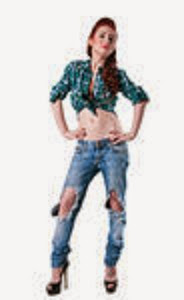 Through the spirit of friendship and a relay system that snaked its way with several handoffs through a village bookstore in a pleasant hamlet of a town in the northern portion of a New York county, I now have in my possession a full deck of United States military issued archaeological playing cards given to U.S. troops deployed overseas.

This is not a violation of any espionage act and does not subject any of the parties to federal arrest. The cards are the real thing.

They remind me of when I was in grammar school and I'd always go to school with a black mechanical pencil from my father's employer. Since he worked as a civilian at the Brooklyn Navy Yard the pencil was etched: Property U.S. Government. I took plenty of tests with those pencils and was worried when the word on the spelling test was "government" and I held the correct spelling in my hand. I thought, that I could be called out for cheating. I wasn't. I already knew how to spell "'government," but was worried that the teacher might not believe my version of events. No such confrontation ever took place. The things you can find to worry about.

The playing cards were written about in 'The Lives of Ruins,' by Marilyn Johnson in another iteration of highlighting occupations of preservation. In this case, archaeologists.

A good portion of Ms. Johnson's book is devoted to the United States military's efforts to learn from the overly repetitive news footage by CNN that showed an ancient vase begin removed without permission from a Bagdad museum. Looted would be the word.

If you remember, the military took a solid p.r. hit on that one, but some jabs were returned when the Secretary of Defense, Donald Rumsfield did call CNN and ask them how many times were they going to show the same vase being removed in a news cycle? And truthfully, even Odell Becham's sensational one hand grab for the New York Giants in a recent losing game to the Dallas Cowboys wasn't shown as often as that vase that went out the front door. And we all know how many times Odell really caught the ball, right?

As described in 'Lives in Ruins' the Department of Defense (DoD) has made huge efforts to raise archaeological awareness amongst the troops, even with United States sites.

The deck of playing cards that I came in possession of reminds every viewer on EVERY card that ROE is first. Don't know what ROE is? Rules of Engagement. If being attacked from a protected sight, it is still in keeping with the rules of warfare to fire back.

I've apparently got the 'Respect Afghan Heritage' edition, a slick pack of 52 playing cards, with two jokers. How is the joker depicted? Here's where I'd like to catch Alex Trebek in an elevator and frame a Jeopardy-style question/answer that asks, "what image of Silenus, the jolly companion of the Greek god Dionysus put to in educating our troops?"

The answer Alex is: he's the Joker in the Afghan deck of heritage cards.

Silenus, apparently is a perfect image to use as a joker. He's a god's sidekick, an old guy with a beard and a head full of flowers. Just shows you, it wasn't all Greek philosophy those guys were into.

There are an additional two cards in the pack, one that suggest how the cards can be used to create a jigsaw puzzle to solve.  On this one, I've really got to wonder how many soldiers have put the cards to this recreational use. God bless them if they have.

The fourth extra card tells of the mission to adhere to, and the spirit the cards are being issued in. There are enough military acronyms used that make you think a three year old has taken all the Scrabble tiles out and gone to town with them. Or, you're playing Scrabble with a really sore loser who insists they've just made a word. No matter. All the blurb is as described in Ms. Johnson's book.

There is even a picture of the Status of Liberty, against a background of a beautiful blue sky above which is a Golden Rule: "How would you feel if someone destroyed her torch?"

If anyone is old enough to have watched 'I Love Lucy' episodes (shown for the first time, or in reruns) you might remember the episode when Lucy cleaned out Ricky's closet and gave a shirt to Goodwill that apparently was Ricky's favorite. On finding out, a tirade of Spanish erupted from Ricky's, mouth and a search of the thrift stores in the neighborhood, with Fred in tow, ensued.

I can't complain that I've had the same thing happen to me, but the threat of a spouse throwing out a treasured piece of "junk" remains with all cohabitating couples.

There is no good idea that can't be copied, plagiarized, or adapted for another use. I surely don't have 52 shirts I could identify as personal relics, but I bet I could come up with 52 possessions I would not like to see removed under any circumstances. There are even things I'd like to protect from beyond the grave, but success at seeing those wishes adhered to is unreliable.

I'm working out the details, but my proposal, business plan, is simple. Create my own personal deck of cards designating clothes, objects, whatever, that I'd like to be respected and left alone. Distribute and update the deck to any and all household members who believe they need to throw things out because "no one is ever going to still want that."

There's got to be a market out there somewhere.