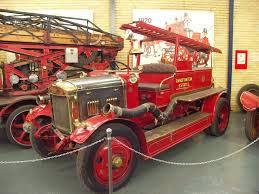 Can it be that a full year has gone by and we are now once again at the start of a new season of Downton Abbey? The time line for Season 5 has only advanced 12 years from the first episode that started off with an ironed newspaper that informed the household of the sinking of the Titanic and the death of a Grantham cousin. A male cousin.

It might be an understatement to note that the Downton timeline is moving slower than a snail. I will be dead and they'll be dividing up the tools in the shed before the saga reaches WWII. But, I'm sure given the ages of the cast,it has to move slow. If the show were to advance to even 1939 there would have to be a funeral a week just to keep the ages plausible.

Given all the series that have come and gone in that space of a year, it is hard to remember where we were when the Downton crew signed off last year. For myself, this has meant paying attention to Fargo, The Knick, Missing, Broadchurch, The Americans, Grace Point, a new season of Orphan Black, The Affair, The Game, King, The Bridge, and I'm sure others I've left out. Given the timeless plot lines that give us a dose of sex in all of these shows, it is hard to remember who's been shtuping whom.

I really feel someone has missed a marketing opportunity here (or I've missed seeing it) to sell a season synopsis in book form with photos and pull-quotes from the characters. Dame Violet gets in her share of course, but there are many other memorable arched eyebrow zingers.

Regardless, as the first episode of the new season turns the pages, the previous goings-on do come back to us. Several story lines are developing and branch out from the start like rail tracks in a freight yard. The first episode is decidedly lighter in tone. It is funny in several spots. No one dies from a medical condition, is murdered, or is raped. It is almost the Marx Brothers.

There is one scene in Episode 1 that is side-splitting. (Spoiler alert.) There is a rather unexpected overnight guest, Lady Anstruther, who works her way into a dinner invitation and a sleep-over. It is all very well planned so she can get close (really close) to the blonde hunk of a footman Jimmy who used to work for her, but now finds himself at Downton.

Lady Anstruther is perhaps late-fortyish, well groomed, and hot-to-trot for Jimmy. Her ashes have not gone out by any means.  When she looks at Jimmy she sees him in his Calvins (or nothing at all) underneath the livery of a footman.

The best scene unfolds as Lord Grantham, in his flapping bathrobe, flings open a guest bedroom door and shouts "fire," as one has really begun to roar in Lady Edith's bedroom.

To his surprise, he's using a word that also describes the rolling around in the sheets that's going on between Lady Anstruther and Jimmy that is suddenly before his eyes. If Jimmy were Willie Nelson he'd get off a line to His Lordship, something to the effect, "are you going to believe me, or what you see."  But this is England, 1924, and Willie's hasn't even started out in Abbot, Texas yet.

The fire dominates the action, and is eventually put out. Lady Anstruther's fire is now doused as well, and she extends a good-bye with a promised early morning departure to His Lordship amidst the bustle of firemen and hoses on the drive in front of the manor so that no further embarrassment ensues. His Lordship heartily agrees.

So, there we have it. The story has begun. The game is afoot, to borrow a phrase. We will be treated to more upstairs, downstairs, inside, outside as the season further unfolds. Who knows, it might end sometime around 1928.