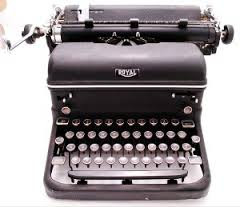 My curiosity about the book 'American Pastimes, The Very Best of Red Smith' was answered when I read the back flap. When reading the book review I wondered, who puts a book like that together in 2013, when Red stopped writing in 1982, just days before passing away at the age of 76? Red certainly couldn't have written about the 1986 Mets, or the recent New York Yankee World Series. Or Giants Super Bowls.

And who is interested in newspaper columnists anyway? No matter how good they were. The era's going, according to some. Gone, to others.

Isn't nearly everything digital? Print is dead. Newspapers are folding. Only today, The Newark Star-Ledger says it may fold unless there are union givebacks. The only magazines there seem to be that have any pages to them are those with shapely, tanned female anatomy posing back at you, and blurb that proclaims there is something associated with a number that you might want to try.

Turns out the publisher is the Library of America, and as the jacket blurb proclaims:

The proceeds from the sale of this book will be used to support the mission of The Library of America, a nonprofit organization created in 1979 to preserve America's literary heritage by publishing and keeping permanently in print authoritative editions of America's best and most significant writing.

This is good. I've made a contribution, and they're not going to hound me for more money, like PBS. As I've said before, they're still looking for Jimmy Hoffa's remains, but they wouldn't be if he had once given money to PBS. They'd have found him long ago. They'd have found Whitey Bulger as well.

Who will buy the book? Literary sport junkie types.  Journalism classes might even assign it. I like to think a progressive English teacher somewhere will include parts of it in a lesson plan. Perhaps.

There are only pictures on the cover, back, and back flap, and that one's of Daniel Okrent, who wrote the introduction.

Looking at the back cover picture, Red at a typewriter in a press box, I immediately thought of Saratoga, because of the Bentwood, ice cream parlor chairs the reporters are sitting on. Turns out I was right, because the picture is courtesy of The New York Racing Association and shows Red truly at home in front of a typewriter, in a press box that overlooks dirt and grass. The same Bentwood-type chairs are still used at Saratoga today. Red's observation about going back a hundred years when you're on Union Avenue would still apply.

In Ira Berkow's biography of Red I remember Red saying that it takes a long time to be able to find your way to the press box at Yankee Stadium, and that once you're there, it would be a shame if you wasted the opportunity.

I remember a bartender telling us the story in the 70s that he was leaving Yankee Stadium after a playoff, or World Series game, and he spotted Red Smith and Dave Anderson leaving the building a good bit after the game in an obvious legless, incandescent state. Stories were surely already filed.

I have to think Red found fun finding the press box, and then finding his way out of it. How much fun he must have had.