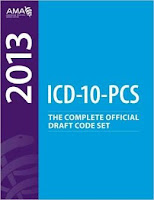 There are many ways to describe someone's faulty, failing memory.

One might be described as having CRS: Can't remember shit.

Another might be described as suffering from the odd 'Senior Moment.' Tom Seaver said this so many times when trying to telecast for the Mets they ultimately believed him and said it's not just moments. Good-bye Tom.

"He can't remember his name." Not good, if it's true. Surely a sign of severe slipping down the slope. Life can't really be any fun at this point unless you've got the highlights on video, or your CD-ROM.

Others may be accused of having a 'selective memory.' Wives consider all husbands to be exhibiting this disease. Sometimes it works. In most domestic situations, it doesn't.

Then we have an ethnic version of a disease found in the International Classification of Diseases manual. One they might be assigning some sub-codes to if they ever produce the next edition beyond the draft version. It's been delayed. Again.

The trial of Whitey Bulger is starting today. Whitey, if you haven't succumbed to your own form of dementia, is the
83 year-old Boston-based Irish crime boss who is finally being brought into a courtroom after evading the authorities for 16 years. He was famously apprehended two years ago when his face appeared on an electronic sign in Times Square, courtesy of the FBI. The $2 million reward helped as well.

Whitey is accused of 19 murders. For starters.

With Whitey's trial during the day and the Boston Bruins in the Stanley Cup finals against he Chicago Black Hawks on the same day in the evening, media resources will be stretched toilet paper thin. Reinforcements are needed. The trial could easily warrant its own cable channel in the New England area.  Whitey is expected to take the stand.

And at this point, this is when Michael D. Kendall, a former federal prosecutor who investigated aspects of Bulger's activities, believes the new ICD code will be needed. Whitey, he believes will exhibit 'Irish Alzheimer's Disease.' This is characterized by forgetting everything there is to forget, except the names of your enemies. Crystal clear clarity. No static.

The Stanley Cup finals will finally end the last week in June. The Bulger trial is expected to go until September, around the time the unlocked-out NHL players will be getting ready to report to training came for the next season.

Win or lose the quest for Stanley Cup, when the puck drops again for the 2013-2014 season, given decent health, Whitney will still be with the good people of Boston. He was definitely the player they couldn't trade away.