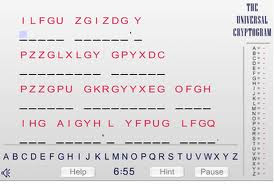 Coded messages have been around a long time. Julius Ceasar and his armies used code to communicate. Writers use code in subtle ways to soften what might easily be taken offense to, or to dance around a taboo.

The taboos are disappearing, however. There was a time when no one would allude that someone was gay. Obituaries had a way of saying that someone was a 'confirmed bachelor. ' Hint, hint.  Now, the partner is the one who is identified as reporting the death.

Still, coded writing can be fun. It uses more words to say what could easily be said in one, or two. "You stink," becomes a legal brief. People hire lawyers and pay lots of money to confront adversaries with words. Lawyers make lots of money chewing up billable time so that you can yell at your neighbor.

The lighter side to this can be found in a cleverly written obituary. Playfullness is encouraged if it's done with a wink.

Take the NYT obituary on Jeanne Cooper, a soap opera legend who was 84 when she passed away in real life. Margalit Fox's sly insertions convince me that if my father spent five minutes with Jeanne he would have enjoyed her and told me she's, "quite a dame. A real pistol." I would have understood this to mean she was saucy, slept around, smoked, drank, and had a sailor-on-shore leave mouth, and was good to look at.

Well, the sailor mouth does come through when Margalit tells us, "Ms. Cooper had a far more extensive Anglo-Saxon vocabulary than her soap opera patrician character, Catherine, that she used with robust delight in interviews."

Translation: Jeanne dropped the f-bomb with aplomb and several other words that George Carlin said you can't say on television.

She must have been quite a dame.