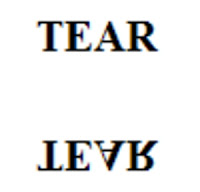 Finding homographs for me is like what it is for those people who find edible mushrooms in the woods with the aid of sniffing dogs.

In fact, even knowing what to call words that sound different, mean different things, but are spelled the same, was something hard to find.  I was developing a small list of such words, but didn't know what to call them.  It wasn't until some years ago my daughter corralled a group of speech professors at SUNY's Geneseo college that the word 'homograph' emerged after academic debate for such a word category.

The list goes on, but doesn't get added to fast.  Some homographs are a bit routinely realized, like tear and tear. Others are less obvious: invalid and invalid; resume and resume.  But, as always claimed, reading obituaries can be instructive, and not just with something having to do with the departed's life.

Margalit Fox, a linguist herself, writes in the NYT an obituary about Bruce Sundlun a former governor of Rhode Island who is described as having flair, and is described with flair by Ms. Fox.

And there it is. Another homograph.  Quick, dig it up.