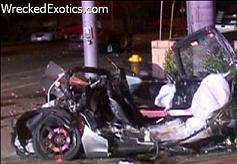 They're at it again. Renaming things.

The New York City Council approved a measure to add (which is really not quite renaming) former Mayor Ed Koch's name to that of the Queensboro Bridge, a 1909 erector set span that goes from 59th Street and Second Avenue in Manhattan, touches Roosevelt Island (formerly Welfare Island), and connects traffic of all kinds to Long Island City, Queens. The name addition is comewhat significant in that the former three-term mayor is still with us at the age of 86. The NYT in its Manhattan-centric world usually refers to any of NYC's four other boroughs (counties) as being "outer boroughs." Nowhere else on earth are so many "outers" connected by so many bridges and tunnels.

Years and years ago the Interborough Parkway, a sliver of road that connects two very hard to find points in Brooklyn and Queens was renamed Jackie Robinson Parkway, in order to honor the first Afro-American baseball player to play in the major leagues when he joined the Dodgers in 1947. Mr. Robinson had already passed away when the Interborough was renamed.

Another significant renaming came when the Triboro Bridge was renamed posthumously in honor of Robert F. Kennedy, a NY US senator. Triboro Bridge was a good name because the bridge connected three boroughs (two of them "outer"), the Bronx and Queens with Manhattan. RFK had been assisinated in 1968 as he was making a run for the Democratic presidential nomination.

The City Council's debate on adding Koch's name to the bridge produced some memorable lines for a Tonight show monlogue. The best one might have been from a Brooklyn councilman who felt that in Mayor Koch's 12 years in office he had more to do with providing housing for the population of Brooklyn on Rikers Island, where the city kept its jail, than anything else. This is known as sarcasm. The councilman's proposal was that Rikers be renamed after Koch. Descendents of the original Dutch family, Rikers, could not be reached.

The comments really only served to get statements memorialized on record and in the newspaper. The motion to add the mayor's name passed. Mr. Koch himself pointed out that there was opposition to naming the Geroge Washnigto Bridge after the first president. The span of course connects Manhattan with New Jersey, which is not a true "outer borough" since it happens to be another state. Yes, there was discontent in naming the bridge after the first president, but it opened as the George Washington Bridge, and wasn't renamed after the first caravan of cars crossed it. Originally Hudson River Bridge was proposed, but came to be discarded.

Mayor Koch in his enthusiam for having his name added to the structure even goes so far as to state he will stand like Horatio at the entrance to prevent any addition of tolls to what has been a free bridge since it was built. This is a nice gesture. But since they only collect tolls at one end these days, it is hoped the former Mayor can strategically position himself at the right end to prevent the levy. And he is 86. Bad weather might make his constant appearance difficult. But all this can be like whistling in the wind. The Sears tower in Chicago is now the Willis Tower, and the Marshall Field deaprtment store is a Macy's.

Perhaps just to prove that having your name associated with a major span is not always the most flattering of accolades, consider what the caption writer for the WSJ wrote (quite accurately) when they explained that the completly twisted, nearly inrecognizable wreck of an automobile that killed a pedestrian and injured the driver and a passenger was on a approah to the Ed Koch Queensboro Bridge.

Something like what the Bard said about roses, a bridge by any other name is still a pile of rust, potholes, steel, traffic, delays and accidents.