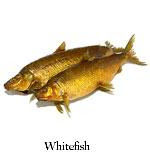 Over the years I've heard a few people say that "today's newspaper wraps tomorrow's fish." The implication is that there is little permanence to the newspaper. It is rather quickly put to other uses.

I remember a Russell Baker column quite a few ago that was spawned by his realizing how he catches up on items he might have missed when he starts a project around the house and spreads out old newspaper. As he's creating a drop cloth, he's finding himself reading about something that he either forgot about, or missed. Or, given the elapsed time, now has a particular ironic meaning.

I was reminded of this the other day when I brought home some branches from the flower district. I've made contact with my old haunts and now deal with people's grandchildren. So, when I opened the curly willow branches I was freshly presented with a 2005 Sunday Times story on Sandy Weill, then chairman of Citibank, and quite truly, someone on top of the financial world.

Sandy's there in a large picture, smiling away. Even though the picture is black and white, he looks tanned. He's content, and rested. I forget the date of the story. Times change.

Sandy's been out of the news lately, but his company hasn't. I would suspect Sandy himself is still quite all right and not living in a trailer, but we know things change. He knows things change. Nevertheless, there's Weill Recital Hall, Cornell-Weill Medical Center, and I'm sure a host of other philanthropic efforts I can't even name. His name is all over the Carnegie Hall programs. Sandy hasn't gone away. Isn't, and shouldn't.

But his story is wrapping today's fish and today's flowers.