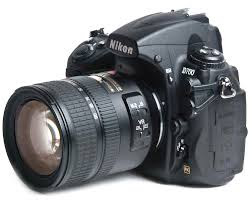 I wasn't going to write anything about my memories of Muhammad Ali. My feelings toward him were conflicted, despite his life fitting very nearly completely inside mine. That's one way of saying he was around so long, different feelings emerged depending on the era you are considering.

I was at one of his fights. Actually at the fight, Ali-Frazier I at Madison Square Garden on March 8, 1971, one of the most memorable of all sporting events I've witnessed. It's only exceeded by Secretariat winning the Belmont in 1973. I was also there for that one.

I've eventually grown to dislike boxing, and I trace it to Mike Tyson twice biting Evander Holyfield's ear. Actually ripping part of the ear away. And although I feel a boxer in shape is in terrific athletic shape, getting hit in the head is ultimately not good for you over time. I used to train like a boxer, but was never hit, even by a gentle sparring parring.

So, I have many memories of Ali and my feelings toward him, but it wasn't until I read Dave Anderson's piece in the NYT that I was reminded of Ali's fondness for magic tricks that brought back a distinct Ali memory, perhaps more so for someone else than myself.

In the 70s and 80s I was a regular at the 32nd Street Blarney Stone on Madison Avenue. And of course as a regular, you get to know a lot of of the other regulars whose migratory drinking habits coincide with yours. You also get to know the owners and the bartenders.

In particular, one bartender, Eddie Smith, who to this day I should try and reconnect with. Eddie was a smooth talker who of course chatted up lots of people. My wife and I were at his wedding. We slept over his place after a party. He came over to our place.

Anyway, Eddie was a boxing fan, and a huge Ali fan. There was a refined older black fellow who was also a regular, Dick Edwards, who once published a magazine called 'New Age Press' aimed at a black readership. Dick had a office nearby, and of course his office when he was on a stool at the Blarney Stone.

Dick had active press credentials. I once got in the photographers area next to the penalty boxes for a Ranger-Toronto game at the Garden on the basis of having 'New Age Press' credentials. Aside from getting photos I could never have possibly gotten from anywhere else in the arena, I got to observe Carol Vadnais's hands when he took his gloves off as he sat out a Ranger penalty. I had once heard or read he had manicured fingernails. Well, he did.

When the Ali-Jimmy Young fight was announced for Landover, Maryland, April 1976,  Dick Edwards suggested to Eddie and his best friend co-bartender, P.J. Manning, that they accompany Dick to the fight, with press credentials.

Loaning what was then was an expensive camera to someone who has already lost a camera, to have have them take it to an event where undoubtedly he's eventually going to be drinking, was an absolute act of extreme faith. I closed my eyes and acceded.

The fight was won by Ali on a controversial unanimous decision. A sloppy fight, with Ali coming in at his heaviest, 230 pounds. But little matter. Before the fight, Eddie, smooth talker that he probably still is, has managed to blend in with the press entourage and actually get in Ali's hotel room, sit next to his bed as Ali is lying there, shirtless with a pair of trousers on, hands folded across his midsection, and start to show Ali sleight of hand card tricks. Eddie has handed the camera, my camera, perhaps to P.J., to take a picture that clearly shows this Irish-American bartender entertaining a shirtless Ali lying on a bed with card tricks.

The framed picture hung in another Blarney Stone, the Blarney Rock, one of three owned by the Dwyer family. The bar is still there, on West 33rd Street and represents an absolute gold mine, being near the Garden. I once saw a bartender there close out, counting piles of money into a cigar box at one of the back tables. He should have just weighed the money.

The picture is no longer hanging in the bar. I don't know who got it. I don't even know if the ownership changed. I long ago pestered Eddie for the negative, but eventually gave up. I did get my camera back, and still have it, but God, I wish I had that picture.