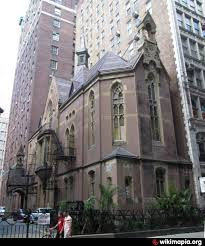 "A long, long time ago, I can still remember..." are the opening lyrics to what is now a very famous song, 'American Pie.' I suspect this is true for many of us and it is true for me when I think of the article I read, a long, long time ago about families in Manhattan, on a block on Second Avenue, between 25th and 26th Streets that were still being powered by DC current, rather than the nearly universal AC current.

I read the story, probably sometime in the 60s, and probably in the New York Times. My search results from their Time Machine feature failed to cough up that story, but other stories did float onto the screen about Manhattan's use of DC current, championed by Thomas Edison, and what later became the nearly universal use of AC current for residential and commercial buildings.

Recently, there was a bit of a reunion with a family I had known since the late sixties. One of the six brothers from a family of 10 joined the insurance company I had just started working with a month after I did. They are still working at the insurer, having completed their 47th year of continuous employment with the same employer, and we are lifelong friends. I bowed out from that employer, but not work entirely, after 36 years at the same company.

There was a time in the early 70s when we gathered to play roller hockey in a school yard on East 32nd Street, starting fairly early on Sunday mornings during the fall. And I would guess it was too early one Sunday morning, because a paper bag full of shit come down from an apartment window onto the playing surface from someone who clearly was tired at being bothered by the noise, and who also had developed an obvious technique for bagging crap. The police were called, and there was no more shit. We weren't going to take any shit. We were going to give it.

Five of the six Burek brothers played roller hockey, so obviously if any number, or all of them were sick, there really were not enough of the rest of us to choose up sides. We played for hours and hours, quitting in the late afternoon in time to get ready to go the Ranger game at Madison Square Garden. At least for those of us who had tickets. I always had two tickets, since I was a two seat season ticket holder, $5 a seat, green seats, Section 333, Row M, seats 5 and 6. Not really that bad.

In meeting the oldest brother again after a significant number of years gone by, there was a mention by them of where a family of that size lived in Manhattan. When I got to know them in 1968 they lived on two floors in a very old walkup that was between 32nd and 33rd Street on Third Avenue. Ten kids in 13 years, a mother and a father, no twins.

The oldest brother happened to mention where they lived prior to that, on Second Avenue, between 25th and 26th Streets. This rang a bell.

I mentioned that I remembered reading a long, long time ago of a block of apartments in just that area that still had DC current. And this was sometime in the 1960s. Johnny pointed to his chest and said, "Yeah, us. I remember there were adapters for the appliances."

When I read that article so long ago I was taken by the story that there were still people, in Manhattan, with DC current. I knew of the difference between the two, and that DC didn't travel as far as AC current without being reinforced by power stations every mile or so. Perhaps because the Second Avenue apartments were so close to a Con Edison generating plant complex called Waterside on the East River, there were still places where the conversion hadn't yet taken place for whatever reason.

Thomas Edison was of course a proponent of DC current, and tried to champion it over AC current, claiming it was safer. Some of the stories I wound up finding online told of the electrocuted elephant Topsy in 1903 at Coney Island's Luna Park and how his death was attributed, falsely, to Edison's desire to prove that DC current was safer than AC current. The story of the Elephant's death is true, and even available on YouTube, but apparently there was no involvement by Edison in choosing the current.

Then there was the fairly recent reminiscence of someone in the late 1960s whose AC television set wouldn't run on the MacDougal Street apartment's DC current. They worked out a deal with a neighbor in another building across the air shaft and strung an extension cord from their AC outlet to their AC television set in their DC apartment. The story differs a bit from Dustin Hoffman's jury-rigged electrical line in the movie 'Midnight Cowboy' because the tenant with the DC current paid the tenant in the other building for the electricity they were getting.

DC current lost out to AC current after George Westinghouse and Nicola Tesla proved AC current to be safe, and that it was cheaper to produce and run because it traveled further and didn't require as many power stations on route to keep the frequency strength up. The early version of Betamax vs. VHS was referred to as the 'War of the Currents.'

DC current amazingly stayed on in small parts of Manhattan until 2007, when it was completely taken offline. The places that still used DC had been accommodated by converting the incoming AC current to the building to DC.

I never seem to have to look far for where one thing ties into another. Nicola Tesla was the genius behind so many electrical inventions and innovations, but who was incredibly eccentric and superstitious and who died basically broke and alone in a hotel room.

Nikola Tesla was a Serbian who came to the United States in 1884. There is a Serbian Orthodox Cathedral of St. Sava in Manhattan that I passed many times when I worked in the area. There is bust of Nikola Tesla to the left of the church's entrance at 15 West 25th Street, between Broadway and 6th Avenue, in what in now annoyingly called the NoMad area by the real estate people who want you to have cachet.

15 West 25th Street, not that many blocks west of where one of the last vestiges of DC current, the current that Tesla's AC proved superior to, lit up the apartment of a family of 10 kids.