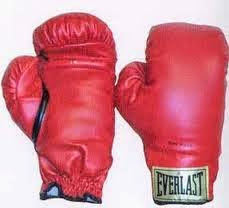 When I was involved in the type of work that financed my life, I occasionally had to give a deposition on a case we were working on that might reach courtroom status. The lawyer I worked with when these things came about explained to me that a deposition was really all about "memorializing" testimony for future possible use. I always appreciated the description and when giving a deposition always understood what role it had.

There is annual Do-Wop oldies show put on each year at Holy Cross High School in Flushing. A friend I used to work with has been singing in a Do-Wop group since he was around 17 in Brooklyn, and it is now his vocation, avocation in retirement. The groups that are part of the show are the familiar names from the 50s and 60s (more 60s now). The Duprees, Kenny Vance, The Emotions, The Excellents, The Shirelles, The Marcels. Usually these groups have at least one original member. So, they go way back.

The high school setting is perfect in the school's auditorium. Holy Cross High School in Flushing is a Catholic high school, the first all boys high school in Queens. It is still all boys. At least one notable graduate is Mike Repole, who may not he a household name, but is a fairly newly minted billionaire who sold Vitamin Water to Coca-Cola. Mike also keeps a stable of top flight thoroughbreds trained by Todd Pletcher on the NYRA circuit. Mike's stable has won numerous top graded stakes races and has had early favorites for the Kentucky Derby.

Apparently, at some point growing up Mr. Repole spent a good deal of his youth at Aqueduct, in southern Queens. Mike is so Queens through and through that the colors for his stable are the same colors as the Mets ball club: blue and orange.

Holy Cross is in Flushing, where I grew up most of the time. The surrounding neighborhood is full of tidy homes with beach blanket lawns that could be trimmed with a scissor rather than a lawnmower. I didn't go to Holy Cross High School, but I knew kids who did. My only time inside other than for a Golden Gloves preliminary series of fights and the concerts was once when I needed to take an SAT achievement test in physics. The test was in one of the classrooms and was proctored by a Brother in a full length rob with a rope sash. I could only think of Friar Tuck. I remember looking up and seeing a crucifix on the wall behind the teacher's desk and thinking this is a type of classroom I've never been in before.

The annual Do-Wop show has now been running for 17 consecutive years. I believe I started going with my wife and other couples (and once with a bored daughter who left after intermission) every year since 2002. It is professionally produced, and is always backed with a live band. It is usually the same band for all the acts, The Coda Band is five people, one of whose members is Mary Beth who at some point in her young life probably startled her parents by wanting to play the saxophone and clarinet. And does she ever. She solos with Louis Prima riffs and produces more sound that anyone should be able to from such a petite body. The band members are the youngest people in the place. And loving it.

The acts are first-rate, and are ones you would encounter on cruises if that's what you did. Year-to-year there is always a different lineup of talent, but after awhile, as you might expect, you see some of the same acts who've seen before. Such is the case with 'The Knockouts.'

Two white guys who do sing. Neatly dressed, grey haired geriatric bantamweights who are some part Smothers Brothers without the bass, and one part Smith and Dale, a vaudeville act that my father remembered, and who I probably saw on Ed Sullivan years ago.

All I know about 'The Knockouts' is that the guy on the left is Gary and the guy on the right is Bob, a kinetic mass of humanity who must be fueled by the strongest caffeinated coffee laced with crack. Bob never stops moving, And generally in directions that suggest he's pantomiming sex with a pneumatic pelvis, all while singing. Guessing their age is difficult, but my guess is Harry Truman was president when their arrival was announced to their dads. Maybe even FDR.

They are a singing comic duo that lets Gary be the straight man for Bob's antics. In the best variety show tradition, some schtick gets woven into the act, and a front row woman's hair gets made fun of.  And Gary's wife gets the treatment as well. They never go overboard, since they are not on that long. No one act is. In the case of 'The Knockouts,' they are on for perhaps 20 minutes. This particular time Gary sang a solo, "Unchained Melody' and it was the first time I can say I saw Bob standing still in the wings. You could still see him sweating though, he was so warmed up.

A thoroughly enjoyable evening to be back in the Borough when the magnolias are blooming and the cherry trees are popping. A cool, pleasant April evening with 'The Knockouts.'

http://www.onofframp.blockspot.com
Posted by John D. at 10:44 AM