In God We Trvst 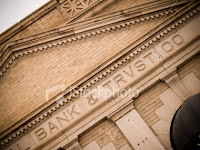 I can't the only one who has ever looked up at a building's engraving and wondered why the stonemasons couldn't make a U rather than a V. They couldn't make a curve on the bottom? There seem to be other curves in letters, so why are Vs found where I'd expect to see Us?

I never pursued an answer to this. The people I hang out with tell me they didn't even notice it was a V instead of a U. And by the time I crossed the street, or walked a block away, I forgot about what I wondered about. Thus, I never filed it away and then went to the Internet for an explanation.

But what about a smart phone? Couldn't I with Internet access scratch that itch with my head down and hope that a UPS truck doesn't hit me as I tap my way across a busy street? Sure, if I was someone else.

I'm not eligible for a smart phone. I went for one, filled out a form, and they assigned me a number. I didn't have enough points. They apparently subtract your age from your IQ, and if you're not above the minimum, no phone. Sorry.

As someone may remember, I do read book reviews. And in doing this, I came across a review in yesterday's WSJ for 'Spell It out,' by David Crystal. The reviewer, Henry Hitchings explains that the author, David Crystal, does a lively job of explaining how words have come to be spelled the way they are. Perhaps this doesn't sound like a book for everyone, but it certainly might be for someone who takes an interest in words and how they got that way.

Mr. Hitchings gives a quick summary that 23 letters were adapted from the Roman alphabet. Huh? What's this, something like an old rotary phone dial that omits Q and Z?

No, apparently J, W and U were not part of the Roman alphabet. 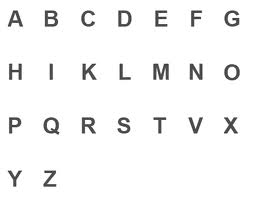 Thus, when you needed to carve a U, you used a V.

Mr. Hitchings makes no mention of this, but that's got to be the answer to explain what I've been seeing all these years. Perhaps because of some desired adherence to ancient spelling, the masons stuck to the original Roman alphabet, despite adorning a building that was built no earlier than the 19th century.

I shared my discovery with someone I've only recently become acquainted with who I suspected always knew why we saw Vs for Us.

Perhaps they've been covering the numerous NYC campaigns for the full slate of offices that are up for grabs in the coming general election in November. General elections in NYC are often moot points, occurring after fierce battles in the primaries that eliminate many.

With Eliot Spitzer running for NYC comptroller, and Anthony Weiner running for mayor, and the Page Six back stories these two bring, it's no wonder the reply to my discovery was that at least we don't look up and read 'In God We Tryst.'

http://www.onofframp.blohgspot.com
Posted by John D. at 11:41 AM