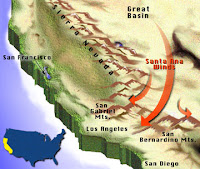 William Shakespeare is certainly a most quoted fellow. Sources in the Bible are probably the most quoted. Presidents, prime ministers, generals, all get quoted during and long after their stint on earth. But mid-20th century writers? Certainly not so much.

But then there's Raymond Chandler, famous mystery writer whose many works were turned into many movies. Hard-boiled, steel-plated characters whose lips never moved when they spoke. A turned up snarl was a smile.

How proud Mr. Chandler would be, and how pleased his many fans have to be, to realize he was quoted, paraphrased twice during the same week, in the same newspaper, by different reporters.  This was surely a toast at his grave, and it wasn't his birthday.

Maureen Dowd earlier in the week used a Chandler intelligence put-down on Rick Perry to convince us that Newt Gingrich was at least smarter than a man whose brains, if they were elastic, couldn't make suspenders for a parakeet. If negative campaigning were this good, we'd want elections all the time. It could have it's own channel. But maybe Comedy Central already is that.

One Chandler utterance is usually enough to keep you from forgetting, but two?  Later in the week is the weather story coming out of Southern California and the damage caused by the Santa Ana winds that blew in, from a different direction this time, and toppled trees, wrecked some buildings, and certainly jangled people's nerves.

Friday's NYT carries a first section story by Jennifer Medina that opens with a Chandler passage about such winds from a short story 'Red Wind.' Near the end of the piece the nature poetry in the story gives way to what we expect from a Chandler story: booze, fights, knives, and women.

He even had a way with the weather.