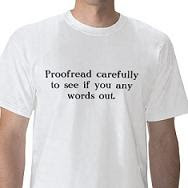 From all I understand, no one who is the subject of a New York Times obituary gets to actually pick who is going to write it when the time comes. Parts of these are written in advance, and can occasionally produce a byline by a writer who pre-deceases the subject. One such obituary was the one for Jack Dempsey, written by Red Smith. It was first quite a shock, then a delight, to see Red's name pop up for Jack's going away present. Red had passed away before the Manassa Mauler.

We don't really know, but my guess is William Safire would have loved his written by Robert McFadden in today's Times. One of the best, was sending off one of the best.

No one writes a more concise lead than McFadden. He usually gets the big crime stories, fires, and accidents; New York happenings. When I read what he's written I think of the movie Teacher's Pet, in which Clark Gable plays a veteran newpaperman who poses as a student in Doris Day's journalism night school class. He surprises her when he turns in the best lead in the class, within seconds of being given the classroom assignment.

So it is no wonder McFadden got the nod to do Safire's obituary. Certainly he's done many others, and in yesterday's blog posting I quoted a classic lead he did for Mayor Lindsay's obituary. I still recite it to myself.

It was almost a year ago when there was an obituary writing gathering at the New York Public Library. It was a full house in the Trustees room as the attentive audience listened to Daniel Okrent and others. Mr. Okrent, a former Timesman, pulled a copy out of his jacket of McFadden's September 6, 1998 obituary on Amory Bradford who had passed away at 85. Mr. Bradford was many things, but at one point he was famously the chief negotiator for the newspaper publishers during the 1962-63 114 day newspaper strike that changed many things.

Mr. Okrent read large portions from the obituary, one of which was McFadden's recounting of the Times's labor reporter, A. H. Raskin, who once wrote a top-level mediator said of Bradford that he "brought an attitude of such icy disdain into the conference room that the mediator often felt he ought to ask the hotel to send up more heat."

I remember the strike, and now I know why it lasted 114 days, wiping out the newspapers through the heavy Christmas advertising season, and ultimately forcing some papers to cease publication. The strike actually gave birth to television news.

More passages revealed the full measure of Bradford's life. And there were some terrific turns. The obituary is a work of art, and a lesson in labor negotiations in the 1960s.

And so it is with Safire's obituary in McFadden's hands. Certainly a different personality than Bradford, but it is full of words and playfullness that surely would have made him happy. You get a full measure of the man as if you just spent a few hours talking with him.

McFadden lists some of Safire's rules for writing, some of which I didn't get at first. I used to read "On Language" enough to now know literally how to use the word "literally." I also learned to see through the redundancy of "free gift."

The obituary closes not with a zinger, but really a nod to the master. Perhaps McFadden plays the pupil here.

It seems there was an occasion when Safire called Hillary Clinton a "congenital liar" in one of his columns. Hillary was said to have been offended only for her mother's sake.

A White House aide said that Bill Clinton, "if he were not the president, would have delivered a more forceful response on the bridge of Mr. Safire's nose."

McFadden tells us that Safire was "delighted, especially with the proper use of the conditional."

This of course leaves people like me to wonder what the improper use would have been. And now Safire is not here to tell us. I am however informed that that's why there are copy editors.